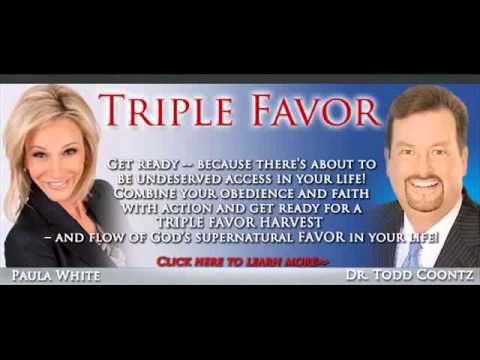 He must hold firm to the trustworthy word as taught, so that he may be able to give instruction in sound doctrine and also to rebuke those who contradict it. -- Titus 1:9 (ESV)

The NAR has warped the minds of a generation of churchgoers. Millions of people sit in apostate churches across this country and the world, overly focused on culture instead of the Gospel. That is why something like the Kanye West situation becomes so engrossing for the church. They follow a cult of personality model for their pastors and adore whenever someone from the world acknowledges them at all. Since government is one of the seven mountains of culture they think they must "conquer"; they become positively giddy if they get the slightest access to political power. Enter Paula White. It seems that after purchasing a 3.5-million-dollar condo in Trump Towers, Paula and the President became besties. She regales him with tales of fleecing God's flock and he spins yarns about screwing people in his business dealings. I am sure it is a wonderful relationship but the question is why is the church happy when the most immoral president ever is getting advice from a huckster wolf like White? As the link above will show, it's all NAR.

"If anyone had told me 20 years ago that Donald Trump would one day be president of the United States, I would have laughed and said: "That's as crazy as saying Paula White will be working for him in the White House." Welcome to the bizarre world of 2019. Donald Trump, the billionaire businessman and reality TV star, sits in the Oval Office in the same year that rapper Kanye West made a gospel album. And last week Trump tapped Paula White Cain--a Pentecostal pastor now married to a former rock star--to serve as a religious adviser. Some people will hate me for saying this, but I'll say it anyway. I'm praying for Paula. Just as Trump's 2016 victory sent the American political establishment into total freak-out mode, the selection of Paula as a senior counselor on religious issues has prompted an outcry among political and media elites. It also raised eyebrows among Trump's most loyal Christian supporters, who view Paula with disdain because of her gender, her Pentecostal roots and her prosperity gospel message." -- J. Lee Grady

I used to view J. Lee Grady as a sign of hope within the cesspool that is Charisma News but lately it just seems as if discernment has gone out the window. Stop with the canned nonsensical political talking points! People who disagree are not the "elites." They are regular people who clearly see what you are no longer willing to see. Stop muddying the waters! When it comes to Paula White, it is not about her gender or her Pentecostal roots. It is about her false doctrine. Mr. Grady should know better. Paul White Cain is a wolf. Period, full stop. She sings Don't Stop Believing with her husband in churches and pretends it is a faith song when everyone knows it is about a one-night sexual tryst. Her and her third husband, which is supposed to matter as well, once preached that women need to watch pornography with their husbands. That barely scratches the surface of this huckster you are now endorsing. Pray for her? Do you pray for wolves Mr. Grady? Can you point out where we are instructed to?

"The mainstream media went after Paula after they learned of her association with Trump during his presidential campaign. The criticism got louder when she was one of six religious leaders who prayed during Trump's inauguration ceremony in January 2017. White was the first woman to ever lead an inaugural prayer. She has been dismissed as a charlatan, partly because her ministry was investigated by U.S. Senator Charles Grassley in 2007 (no charges were ever filed) and because her flamboyant pulpit style includes some over-the-top fundraising gimmicks. But I've watched Paula's career for 25 years, and I know she's a much more complex woman than her critics realize. Say what you will about her cringe-worthy appeals for "first fruits offerings" (tactics I've condemned in this column in the past), Paula is a sister in Christ who at least deserves our prayers as she tries to build spiritual bridges during the most divisive season in recent American history." -- J. Lee Grady

The media did not "go after her." They reported on her as is their job. The truly sad thing is they can listen to her preach and realize she is false but you and a portion of the supposed church cannot. How pathetic when the world discerns better than the church? The last time she prayed for the president she claimed the power to "deploy the hand of God." Do you support such garbage? The investigation by Chuck Grassley, a Republican I might add, is not the reason she is dismissed a charlatan. That was just the world catching up. Her blatant false teaching is why she is dismissed a charlatan. Over the top fundraising? Is that what you call making five million dollars by fleecing the flock of God? She once told her followers that God told her that 1Chrionicles 22:9 meant they were supposed to send her $229 dollars in order to see His blessings in their lives. Is that over the top or is if blatantly heretical and false? Stop whitewashing the devil Mr. Grady. The absolutely abusive first fruits theology, which you agreed is false is now only "cringe-worthy? Seriously? Have you had a recent in-service training from Dr. Michael Brown on obfuscation? Paula White is most certainly NOT our sister in Christ. She has used Jesus to build herself a fortune. She is a wolf devouring the sheep of the Lord and you will answer for telling people she is somehow safe.

"In the 1990s, Paula and her second husband, Randy, led Without Walls International, a booming charismatic megachurch in Tampa, Florida. Their roots were in the Church of God (Cleveland, Tennessee), a Pentecostal denomination that taught them to preach passionately and to reach the homeless, immigrants and the disenfranchised. Without Walls grew to more than 25,000 members in its heyday--and Paula became a celebrity. I remember listening to one of her sermons in 2002. She told the audience in a rhythmic cadence: "I know I look like Gloria Copeland, but I preach like Jackie McCullough." (Copeland is white; McCollough is a black female preacher.) Paula's style is a mix of you-can-do-it motivational speaking and old-fashioned camp meeting fervor. Her audiences shout back at her with hallelujahs when she tells how she grew up in a trailer park but eventually bought a mansion. Her folksy "Can I get an amen?" style endeared her to black audiences--and Without Walls became a fully integrated church. After Paula and Randy divorced in 2007, she became the pastor of New Destiny Christian Center, a predominantly African-American congregation in the Orlando area. Paula began a friendship with Trump while she and Randy were pastoring the Tampa church. Trump had listened to one of her TV broadcasts and invited her to be on the set of The Apprentice. She got an apartment in Trump's Park Avenue building, and he sometimes attended her Bible studies there." -- J. Lee Grady