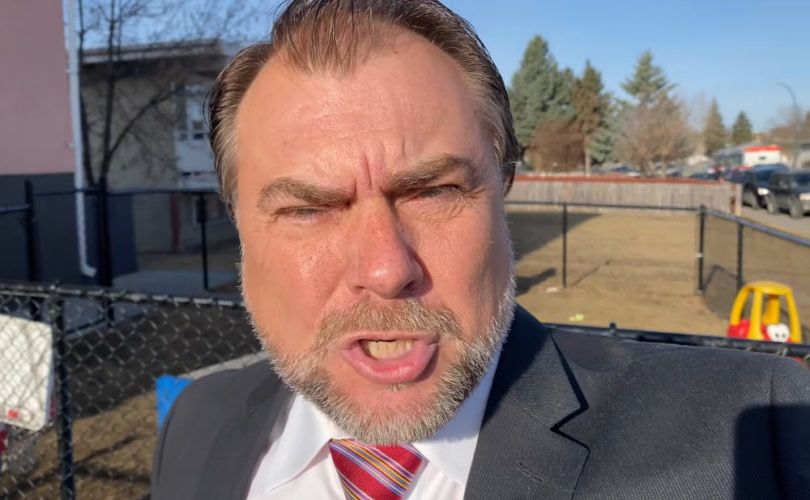 Let every person be subject to the governing authorities. For there is no authority except from God, and those that exist have been instituted by God. Therefore whoever resists the authorities resists what God has appointed, and those who resist will incur judgment. - Romans 13:1-2 (ESV)

Imprisoned Pastor Turned Down Offer to Remain in US, Still Fighting the Good Fight in Canada Charisma News

Let's try again to boil this down to its core elements. There has been a worldwide pandemic for the past two years that has killed over six million people. In your infinite wisdom based upon no knowledge, you may conclude that it was not a big deal. Perhaps no one close to you died from it. Perhaps you are so sociopathic that you cannot be bothered with the sufferings of others. It maters not because the truth still remains - plague, killed over six million people. One of the long-cited weapons against the spread of such viral agents is to not allow large, crowded gatherings, especially indoors. This should not be controversial. Quite frankly it should be obvious. So, many states and countries enacted bans on large gatherings. Not a permanent ban. Just while the bodies are still piling up. One of the more obvious large gatherings that needed to pause was church. Why? Because hundreds or thousands of people should not jam in together for two hours singing and hugging each other as Christians are known to do. Early on, you had some pastors make bold political statements about the reality of the virus, only to catch it and die from it.

Nevertheless, the NAR apostate church had a problem. Raised on Purpose Driven Church theology, most churches today rely upon their ability to collect tithes every week. Those tithes are sparse enough without removing the in-person factor. Doing the math, many pastors realized they could not continue to pay the bills if they could not gather. You see the real problem with the purpose driven church teachings is that it reduced church to that hour and a half on Sunday. Pastors had become CEOs instead of shepherds. That large gathering to them WAS the church. They never fathomed trying to create virtual church programs while the virus was dealt with. They never contemplated calling their sheep individually and providing much needed triage, both materially and spiritually. They never imagined BEING the church and helping their communities instead of thumbing their nose at authority and stomping their feet like a petulant child.

So, what to do? Well, the apostate NAR church is also dominionist at heart, so it knew exactly what to do. They took a seemingly benign matter of public health and pretended it was an attack up Christianity itself. Suddenly church was really about freedom and if they were not allowed to disobey the government then the government must be painted as tyrannical. This was nothing short of the complete victimization of the church. By portraying themselves as persecuted, they weaken the church for the very real impending persecution to come. Being asked to wear a mask is not persecution. Asking to not gather in large groups is not persecution. Being expected to obey the law is not persecution. Neither is forcing the government to arrest you. That last note takes us back to Canada and the ongoing self-perpetuated drama of Pastor Artur Pawlowski. Pastor Pawlowski has been carrying out a vendetta against the Canadian government for over a year now. When the police first arrived at his church concerned about why he was holding services in violation of the law, Pawlowski proudly screamed and derided the officers as "Nazis" and kicked them out of his church. Praise Jesus? Since then, the government has tried to enforce the ordinances they passed but at every turn the pastor violated the law and the bible and said no. Even after being arrested, which Pawlowski forced, all the judge asked was that he comply and he refused. He can get out of jail any time he wants but he refuses. He is not a victim. This brings us to the above linked article from Charisma News, who embraces this lawbreaker as a hero and victim. Let us reason once more together:

'Artur Pawlowski, who has been jailed in Alberta, Canada since his return to that country in early February, refused an opportunity to stay free in the United States about six weeks ago, his son, Nathaniel, told Flashpoint recently. Nathaniel Pawlowski says when Artur Pawlowski visited the U.S. in late January and early February, he was offered not only a church in which to preach but also for his family to move to America and for individuals to pay for their housing. His father turned down the offer and chose instead to return to Canada, where he was immediately arrested on three charges, including a violation from a previous arrest. He has been languishing in an Alberta prison in solitary confinement since Feb. 8. Pawlowski's son says his father is courageous and not one to run from a fight, much like the apostle Paul, whoas the Bible chronicleswas frequently imprisoned after surrendering his life to Christ. "He said if he took them up on that offer that he would be a hypocrite, and he wouldn't be able to live with himself," Nathaniel says. "His whole message is to stand up, fight, resist and have faith. He says if he ran away, it would be very hypocritical of him, and his whole life would be meaningless. He would never do something like that. It's not in his character. He's a fighter, not a coward, and he would not run away."' - Charisma News

First of all, I love the message the American church sends to the Canadian sheep - screw you we are stealing your pastor! More importantly, why is this Canadian pastor touring the United States, and this was not the first tour! As the latest cause celebre, Pawlowski was doing speaking tours at local churches, decrying the evil government that was persecuting him. Please. The reason why he is "languishing" in a Canadian prison is because he gave them no other choice. He violated at least three laws and a term from a previous charge. He is being compared with the Apostle Paul? Seriously? Paul was imprisoned because he preached the Gospel. No one is stopping Pastor Pawlowski from preaching. Just not to large gatherings. Instead of working with the government to find ways and methods of preaching the gospel without breaking the law, Pawlowski simply decided he would break the law. We have mechanisms in this country and so does Canada if we do not like what our elected officials do. It's called the vote. It is truly sad that a pastor thinks his whole message is to stand up and fight. Where is the paramount importance of the gospel? How has elevating himself to international prominence furthered the cause of the gospel? It hasn't. It is not brave to stick your thumb in the eye of authority. The key verses are often used by political Christians when it suits their needs but how quickly they discard it when they do not like what the government has to say. Pastor Pawlowski is not like the Apostle Paul. Not even remotely.

Credentialed Minister of the Gospel for the Assemblies of God. Owner and founder of 828 ministries. Vice President for Goodwill Industries. Always remember that in all things God works for the good of those who love Him and are called according to (more...)
Related Topic(s): Church-State Theocracy, Add Tags