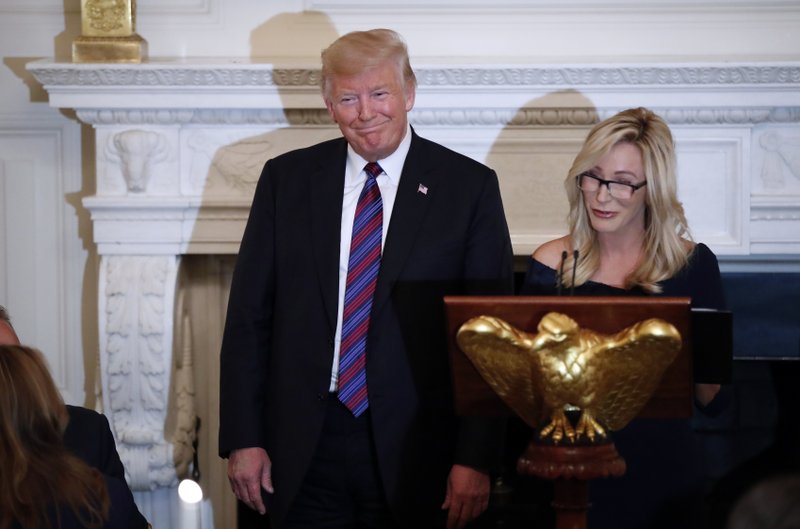 "You are the light of the world. A city set on a hill cannot be hidden. Nor do people light a lamp and put it under a basket, but on a stand, and it gives light to all in the house. In the same way, let your light shine before others, so that they may see your good works and give glory to your Father who is in heaven. - Matthew 5:14-16 (ESV)

Seventeen days left before Election Day and you can sense the NAR powers that be are getting quite nervous. Every day we are greeted with another slew of articles from dominionist pastors mangling the bible and common sense to try and convince Christians they must vote for Donald Trump and pastors to preach such from the pulpits of America. One such lackey is Shane Idleman who constantly refers to himself as a "spirit filled pastor." It is becoming clearer that he may indeed be full of it but it is not the Holy Spirit. You see beloved, God does not need us to lie on His behalf. He does not need us to conquer seven cultural mountains. He certainly does not require us to mangle the bible to try and prop up our carnal positions. Let us reason once more together through Idleman's latest NAR propaganda, linked above.

"In light of the current direction of America and the overwhelming silence of pastors going into the next election, I'm re-releasing what I said a few years ago. This article has never been more relevant than it is now. God has given us a wonderful gift known as America. The government isn't bad or good; her people determine success or failure. Why would God ordain our government and then not want us to steward His gift? Many have been guilty of not getting involved by saying, "We shouldn't say or do anything political. All we need to do is preach the gospel." Be careful--although the gospel is our primary focus, this shouldn't be an excuse against action. James A. Garfield, an ordained minister and 20th president of the United States, said, "Now, more than ever before, the people are responsible for the character of their Congress. If that body be ignorant, reckless and corrupt, it is because the people tolerate ignorance, recklessness and corruption." We are actually voting for principles, not people--all candidates are sinners. "In what direction will they lead our country?" is the question we should be asking. Even more importantly, what country will we leave for our children?" - Shane Idleman

There is much to carefully unpack here. First of all, when Shane says pastors are being silent, he is actually saying they refuse to preach politics like he does. These so-called silent pastors could actually be using their pulpits to speak the Gospel, you know, like the bible commands them to. Secondly, God has not given us the "wonderful gift" known as America. This is straight up dominionist theology. By tying this pagan nation to God, Idleman can then demand the people of God do something. Thirdly, the government is actually bad or good and it depends on what you are comparing it to. Compared to Communist China or oppressive Russia, America must look pretty good. Compared to God however, America is quite bad. I do not think God approved of our slavery or working kids to death in early sweatshops. Pretty sure He did not agree with the genocide of the native people here or what we have done in other countries in pursuit of our own greed. I make this point because Shane and the NAR love to confer righteousness where it does not belong. Once you understand that America was not a gift, we understand that we are not beholden to God to steward this country. God technically ordains every country and leadership through His permissive will. Isn't it ironically sad that Idleman cannot see preaching the Gospel as an action? Next however is a staggering contradiction Shane completely misses. He quotes Garfield because he likes the fact that it encourages people to action but he cannot see that Garfield is actually stating we should not tolerate politicians who are ignorant, reckless and corrupt. Instead, Shane tries to make an impossible pivot by claiming we are not really voting for people anymore but rather principles. ABSOLUTE GARBAGE. We always cast our vote for people. If the people we elect have no principles then what good did it do to pretend to have them? You must understand the tremendous pickle Shane finds himself in. He knows that his candidate, that he is trying to persuade you to vote for, is entirely ignorant, reckless and corrupt. So he moves Garfield's goalposts to pretend we are not really voting for people. As for what world we are leaving for our kids I would hope one where pastors tend to sheep and preach the Gospel, no matter the shape of this fallen world.

"Don't Keep the Salt in the Shaker. We don't have to abandon our ethics or compromise our principles to be involved in politics--what good is salt left in the shaker, or a light that is hidden? Contextually, when Jesus referred to being the "salt and light," He was referring to holy living at the individual level, but the overlapping principle applies to all areas of life. "Politics" is not a bad word. In simple terms, politics refers to governing or leading a group of people. Politics won't save America, but in order to implement change and help others, we must take action--hence the political process. Would you have remained silent in the 1800s over slavery? Of course not. Politics, which once focused largely on the economy, national security and the deficit, now tackles important moral issues. These major issues have enormous implications; to remain silent actually makes a statement that we are not concerned enough. This is not just about the loss of jobs; it's about the loss of morality. We're not just talking about adding millions of dollars to the national deficit; we're talking about aborting millions of babies. We're not only talking about fluctuations in the housing market; we're talking about creating life simply to destroy it. This shift requires us to stay closely involved. Topics that are "too controversial" are often critically important; we can no longer ignore them. Interestingly enough, the stability of America is one of the top concerns on the minds of many today. There was a time in recent history when America felt secure knowing that the most formidable enemies were abroad. Not so today. While we are concerned with terrorist attacks--and rightly so--there is a greater threat from corruption within. We, like the mighty Roman Empire that collapsed centuries ago, are crumbling from within. There are people and groups who are strongly committed to the destruction of anything rooted in our nation's Christian heritage. They attempt to be "one nation 'above' God," rather than "one nation 'under' God." Scripture identifies this as foolishness, self-exaltation and arrogance--the downfall of nations." - Shane Idleman

Let the bible mangling begin! Shane refers to Matthew 5 and the Sermon on the Mount. The key verses today deal with the salt and light charge from Jesus. Remember now the premise here is that pastors who refuse to preach politics are wrong. So now according to Shane Idleman, if a pastor spends his days preaching the Gospel of Jesus Christ without mentioning Donald Trump, he is leaving salt in his shaker. Right. As for the rest of this screed let me start with facts Shane may not be aware of. The phrase one nation under God was not added to the Pledge of Allegiance until 1954, during the red scare. What is foolish and arrogant is to pretend that a banal phrase such as this dictates the spiritual health of anything, let alone a nation. No one is suggesting by the way that Christians themselves should not act on behalf of the moral imperatives of their day. I know plenty of Christians who volunteer in clinics designed to give women an alternative to abortion. That is doing the hard work. What Shane is advocating for is legislating morality, ironically enough through the least moral president we have ever had. Perhaps these people would have more credibility about being pro-life if they weren't the same people who are against wearing masks during a worldwide pandemic. In addition to the bible, Shane also does not understand American history, recent or distant. He is apparently unaware that the political party he shills for is also the party that gave us the Roe decision. It is also the same party that reaffirmed Roe in 2000. Going back to our underpinnings, they don't represent a "Christian heritage." This is just more stale NAR talking points. Many of the founding fathers were deists and some atheist. The Christians that were there would not be allowed in most churches today. America is not under covenant with God. Please, just stop it.