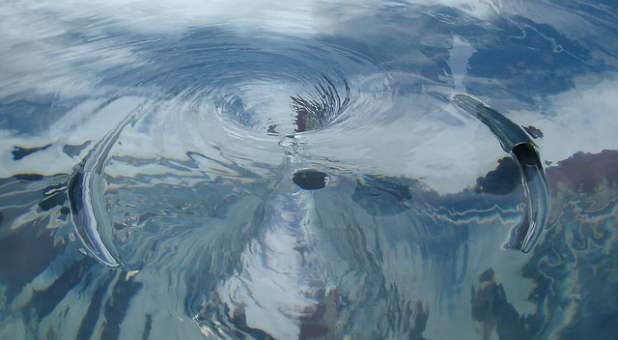 For the time is coming when people will not endure sound teaching, but having itching ears they will accumulate for themselves teachers to suit their own passions, - 2Timothy 4:3 (ESV)

As outlined before, the False Prophetic Industrial Complex is a revenue generating machine for the apostate church today. People who may have shied away from preaching have found a home in false prophesying. What better gig than to pretend to hear from God and say whatever you want? This network comes with their own false prophetic language to make it all sound super spiritual and mysterious. There is always a shifting in the atmosphere somewhere as nebulous entities come into some form of alignment. They are of course ridiculous and clearly not from God but rather from their wickedly deceitful hearts. So let us reason together through the above linked article from Pastor Ben Lim, who also fancies himself a prophet. Mr. Lim apparently has downloaded a new message from God that there is a prophetic whirlwind upon us. I know that Prophetic Whirlwind Season doesn't usually start until September but hey, God isn't going to put in any box!

"Series of Life-Changing Events - We are in a season where life-changing events are taking place. In fact, sequences of events are taking place that are lining you up for the greatest blessings, promotions, experiences and encounters that you have ever had and seen. Expect new alignments and assignments to fall onto your lap with a fresh Spirit of revelation and confirmation! And all of this is taking place and happening fast. Get ready for rapid change and for the scenery of your life to quickly be transfigured from darkness to light, from glory to glory." - Ben Lim

The foundation for any good false prophetic word is a layer of sugar coating so thick you can fall into a diabetic coma if not careful. Notice how this is a "onesie" prophecy. It apparently is meant for everyone at the same time. Everyone is lining up for the greatest blessings, promotions, experiences, and encounters we have ever seen? Everyone? We can all expect new alignments and assignments to just fall in our laps? This is what as known as an absurd prophecy. It is designed to tickle the ears and make the listener shout amen and hallelujah but in the end it will not come to pass since God never said it. This is just insidious as it plays on people's fleshly desires. The church today has devolved into a bless me theology that has created a generation of consumer Christians instead of people who are thankful for the cross and all God has already done.

"Everything Is Changing - Everything is changing. And every single thing about you is shifting. Your name, reputation, authority and influence is changing. Your circle, connections, networks and net-worth is changing. Loads and loads of prayers and prophecies are coming to pass now. It is time for justice to fall and for recompense to rain down from heaven above. The bowls of heaven are overflowing, and we are in a tipping point of major outpouring and answered prayers!" - Ben Lim

Not satisfied with the generic ear tickling as the key verse warns us about, Lim now gets deeper into the sugar frosted theology. Now every single thing about us is going to change. New names, reputations, authority and influence! Ever focused on money, apparently out net worth is going to change! How? By apparently overflowing the infamous bowls of heaven! You don't remember the bowls? Of course not because they do not exist. In fact the only bowls in heaven are found in Revelation and are bowls of judgment carrying forms of apocalyptic plagues! The correlation should not be missed because Ben Lim and prophecies such as this are a plague upon the church today.

"A Vortex of Suddenlies - When I was in Houston, Texas, just recently, I sensed Jacob's ladder open over me. I felt as if I was caught up in the Spirit and many things were also up in the air in the Valley of Decision. Meaning, destinies and destiny scrolls for personal lives, regions and nations were available for the taking. Many mantles and new anointings, were caught up in the heavenly realms, in the courts of heaven before the Lord God Almighty. And destinies and angels are getting ready to be released and launched from the throne room of God!" - Ben Lim

Now we jump off the Charismaniacal cliff. The term suddenlies was created by the NAR false prophet network and is typically used to define when God move fast, or suddenly. It is of course supported nowhere in scripture Lim however doubles down on its usage by declaring a vortex of suddenlies! That sounds so profound until you realize that Lim made it up. God is not unleashing a whirlpool of sudden events in the lives of everyone who reads Ben Lim's article on Charisma News. Lim realizes how silly this is so he trumps this up to being received in direct contact with God. Jacob's ladder refers to an event in the Old Testament during a dream by Jacob. Lim claims this very same ladder opened up above him! How special is he! Like the Apostle John caught up in the spirit, Lim finds himself in an imaginary valley of decision where apparently he can just take regions, nations, and destiny scrolls at his leisure. What are destiny scrolls? I have no idea as they are not in the bible. This is all nonsense beloved. One charismatic catch word after another with no underlying biblical literacy to them. Lim knows if you throw around words like mantles and anointings and scramble in the courts of heaven and the presence of angels that those who follow these false ministries will just eat it up. But they do not mean anything. God is not releasing angels to accomplish this vague garbage. God is not walking around the throne room stepping over mantles and destiny scrolls. Beloved, God is special. God is worthy of all of our praise and adoration. God should always be the focus. This wish list of carnal desires is all designed to make YOU the center of attention. You get the mantle. You get the anointing. Lim is caught up in the air. Jacob's ladder, which opened one time in 6000 years has now apparently opened again over Ben Lim, right.

"Prophetic Swirls and Whirlwinds - Blessings are falling onto the earth and manifesting in the natural realm. We are about to get caught up in a swirl and a vortex of wisdom and revelation, downloads and impregnations for the next season and what is to come. "Then the Lord answered Job out of the whirlwind" (Job 38:2a). God is speaking out of the whirlwind and out from the swirl of His Holy Spirit. Get ready for answers of breakthrough that will destroy any and all delay! "And it came about when the Lord was about to take up Elijah by a whirlwind to heaven, that Elijah went with Elisha from Gilgal" (2 Kings 2:1). Elijah was taken up into heaven, without seeing nor tasting death, by a whirlwind! These whirlwinds are hosts of angels accompanying and assisting you, and are lifting you up higher for the plans and purposes of God! Get ready for Holy Ghost encounters and travails and visions, where your life will be fully churned and will be surging with the raging fires and powers of God. God is about to take you up in the whirlwinds of revival and revelation!" - Ben Lim

It is embarrassing how utterly stupid this. There is no prophetic swirl or whirlwind. There is no vortex of wisdom and revelation. God is not giving you a download or impregnating you. Look at what these charlatans do. They take a simple bible verse and create new theology from it that God has never said. It is true that God spoke to Job from a whirlwind although other translations simply say storm. Either way, no translations or context then support the notion that this was out of some imaginary swirl of the Holy Spirit. It is true that 2Kings indicates God was going to take Elijah up to heaven in a whirlwind but nowhere does any context reveal this has anything to do with angels. If you rely upon hucksters like Ben Lim, God is most certainly not about to take you up in whirlwinds of revival and revelation.

"The Books of Heaven Are Opened - As we are now in the last Hebrew month of the year, Elul, embarking and approaching Rosh Hashanah and the High Holy Days, the books of life, judgment and destiny are now opened. We are now in a divine window of time where God will be releasing specific assignments, alignments, connections, impartations, keys and inheritances before the books of heaven are closed on the day and time of Rosh Hashanah. Before the Hebrew year 5781 finishes and closes, you will end with a big bang; you will enter into 5782 with great launching of plunder, blessings and breakthrough. Expect great closures of underlying issues and great closures on deals, contracts and partners." - Ben Lim

Well, who doesn't love some good plunder! We should expect deal closings and contract signings as well! This is a heck of a prophecy! Why not just tell everyone they are going to get everything their wicked little hearts desire and call it a day? Why all the fancy dressing with made up constructs such as "destiny books" that are only open in a secret window divined through not understand the Jewish calendar. This is such a scam. Those who follow will attribute anything positive in their lives to this false prophecy and those that go through hard times? They will just grow angry with God. Jesus did not suffer and die on the cross so that you could have magical impartations and inheritances during the month of Elul.

"Caught Up in the Holy Spirit - Many people are suddenly morphing and schedules and situations are shifting. This is not because of a spirit of confusion nor a lack of commitment, but it is because of the visitation of the Spirit of suddenly and revival! God is doing so much that we must let go and surrender to enter into the flow of the greater things! The Holy Spirit is about to catch up His bride in the greatest love story and adventure that has ever been told! He wants to wow you and woo you by catching you up in the whirlwinds of His love! Get ready for a grand finale and a climactic encore. Get ready for a sweeping, a cleansing, a launching and a new beginning. God is about to catch you up in the Spirit realm so that you may launch and proceed forward as a new creation. - Ben Lim