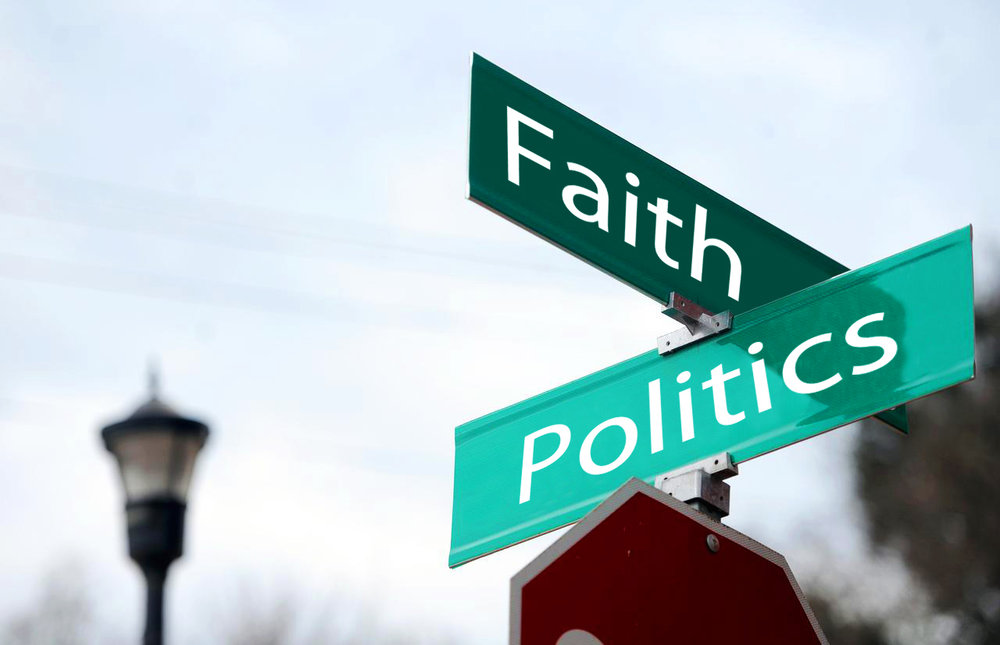 Religion that is pure and undefiled before God the Father is this: to visit orphans and widows in their affliction, and to keep oneself unstained from the world. -- James 1:27 (ESV)

I really could have selected any number of verses today for the key verse because the bible is quite clear on this. The kingdom of Jesus Christ is not this world beloved and as His followers neither are we. The bible says we are pilgrims and sojourners traveling through this world. It says our citizenship is in heaven, not the United States, and there is no dual citizenship allowed because that would be idolatry. As the key verses teach, pure and undefiled religion is keeping oneself unstained from this world. Now I know these are hard lessons for some to take because we have been taught so poorly by the modern NAR influenced church. The NAR believes in dominionism on some level. The extreme level is that the church has to literally take over seven mountains of culture to facilitate the second coming of Christ. To avoid being correctly associated with NAR theology, some have modified this to pretend to only want influence these cultural mountains but the means and ends remain the same. A virtual theocracy is what they seek where only Christian values are legislated. It is behavior modification and somehow they equate this to "revival" and the hopes that God might stay His coming wrath. Spoiler alert -- He will not. Now, most NAR adherents vehemently insist they are not to the point of lunacy, claiming they do not even know if the NAR exists. Pastor Shane Idleman is one such person. His latest cause celebre is Franklin Graham and a recent article by David French who exposed Graham's hypocrisy correctly as "losing his evangelical witness." Above I have linked a short article from Idleman and an accompanying video. Let us reason together through these starting with the article:

"David French wrote in the National Review, "It's hard to think of a single prominent American Christian who better illustrates the collapsing evangelical public witness than Franklin Graham, Billy Graham's son. His commitment to the Christian character of American public officials seems to depend largely on their partisan political identity." He then wrongly compared Bill Clinton's affair with President Trump's affair with Stormy Daniels. At that point, I had to say something via a quick YouTube video; you can view the video at the end of this brief article. People are often left confused after elections: "How could they vote for so-and-so? I just don't understand." Many vote for candidates who don't uphold a biblical worldview because they don't know God themselves. They are choosing their own ways over God's ways--"everyone did what was right in his own eyes" (Judg. 17:6, 21:25, NKJV) and "a generation arose after them who did not know the Lord" (Judg. 2:10). Ignorance of God and His ways is fueling a culture devoid of wisdom." -- Shane Idleman

Let us start with the obvious. If they do not know God themselves they are not saved and thus the cited verses do not apply to them. Of course the unsaved are not going to vote with any biblical thought process in place. The other major point here to address is this concept of a "biblical worldview." This is straight up NAR code speak, whether Idleman is aware or not. To the seven mountains dominionist, a biblical world view means you only vote for candidates who promise they will address the moral failings of the country. Whether they do or not is not the issue. They just need to say they will. Now, a true biblical worldview says that this world is passing away and that Jesus Christ is coming back to judge the living and the dead. We only have so much time to bring the lost the one thing they need. It is not a moral politician. It is not moral legislation. It is the Gospel of Jesus Christ. Any other worldview is not biblical; it is just being dressed up to appear pious.

"Much of the division in our nation centers around a biblical worldview or a lack thereof. Students of Scripture understand that God uses governmental leaders to accomplish His purposes and plans. There is always a fight; the tides of evil will continuously wash against the shores of hope and peace. Silence is not an option. We can no longer hide behind the excuse, "I don't want to get involved." As citizens, we are given the privilege, for now, to place people in positions of leadership. Whether we like it or not, we are involved. The president is not "pastor in chief"; he is "commander in chief." Many are confused because they don't understand the role of government. The institution of government was created by God to govern mankind--to protect and defend and to administer justice. We can't legislate morality, but we can restrain evil and deter wrongdoing. The real question is this: Whose morality prevails? But many say, "I'm not voting for either." This statement is often used by those who want to remain silent, but it's a flawed argument. We are actually voting for principles, not people--all candidates are sinners. "In what direction will they lead our country?" is the question we should be asking. Even more importantly, what country will we leave for our children?" -- Shane Idleman

There is so much wrong here so let us just go in order. First of all the division in this country is not centered around a biblical worldview. The division Idleman writes about is the division between the apostate church that is chasing NAR fueled dreams of global domination and a world that sees their hypocrisy and foolishness. It is a clash between an unbiblical worldview and a world that sees right through them. Secondly, true students of Scripture know that while God uses government leaders to accomplish His plans, He does not need them to belong to any political party. Idleman sets up a false narrative that has the shores of hope and peace (Republicans) against the tides of evil (Democrats). The reality is both parties are evil and neither serves the cause of Christ. This line of NAR teaching essentially is saying God needs our help to elect the right politicians to achieve His purposes. That is borderline blasphemy as God needs our help for nothing. He worked through Clinton, Bush Obama and now Trump. Thirdly, the privilege we have to vote is true but it is entirely carnal. God requires no such activity from us and despite the NAR's dreams of judgment based on voting records; Jesus will not be reviewing such when we stand before Him. Fourth, it is beyond disingenuous to say that we cannot legislate morality when that is exactly what you espouse. It is Idleman's deepest dream to see Roe overturned and gay marriage outlawed. Both of those are legislating morality no matter how you parse it. Lastly here the notion of voting for neither candidate is actually the bravest course of action. It says "I refuse to vote for the lesser evil because I do not support evil." It is not a matter of wanting to remain silent. That is a cop out. It is far larger statement to vote for neither than to hold your nose and vote for someone you know could care less about God. Shane, forget about what country you are leaving for your children. What Gospel are you leaving them? Now let's move on to the video, where I will try and paraphrase.

Credentialed Minister of the Gospel for the Assemblies of God. Owner and founder of 828 ministries. Vice President for Goodwill Industries. Always remember that in all things God works for the good of those who love Him and are called according to (more...)
Related Topic(s): Evangelical; God, Add Tags
Add to My Group(s)
Go To Commenting
The views expressed herein are the sole responsibility of the author and do not necessarily reflect those of this website or its editors.