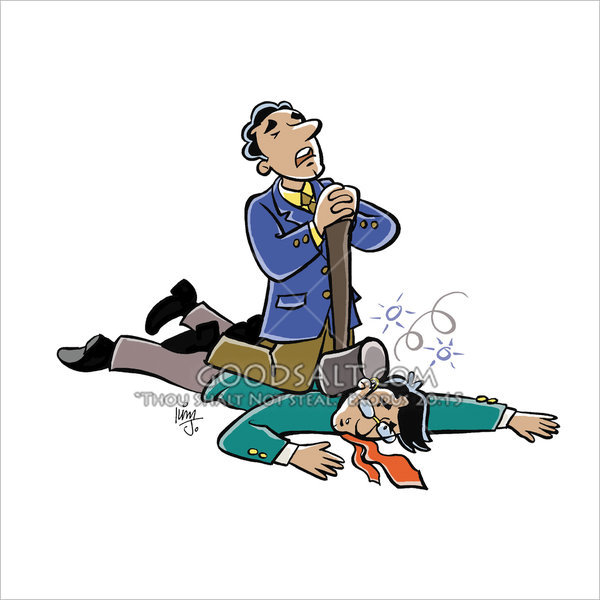 Let no corrupting talk come out of your mouths, but only such as is good for building up, as fits the occasion, that it may give grace to those who hear. - Ephesian 4:29 (ESV)

Dr. Joseph Mattera is rabid dominionist. We can glean that from the first line of his own bio, which states his mission is to influence leaders who influence culture and brags about creating the U.S. Coalition of Apostolic Leaders. His bio also proclaims that he is renowned for applying Scripture to contemporary culture. The problem of course is we are not instructed to do any such thing. We are to represent Christ in our lives and preach the gospel so that some might be saved OUT of this culture. Like all NAR dominionists however, Mattera worships this country and desperately wants to revive it, instead of proclaiming the gospel ahead of the Lord's return. Let us reason once more through his latest article linked above where he calls everyone who disagrees with him a functional atheist.

"Although the definition of an atheist is one that denies the existence of God, in this article, I use the word to depict those identified as Christians who live as though there is no God that they are accountable to. Unfortunately, in my estimation, a considerable percentage of Christians live as functional atheists. The following are eleven signs that you are a functional atheist:" - Joseph Mattera

Words matter beloved. What Mattera is saying here is that he intends to use a word and redefine it. He has no authority to do so, which makes this entire article so offensive. It is bad enough that his teachings are off the rails and unbiblical but now everyone who dares to disagree with him must not believe in God! The arrogance is staggering. Even though he teaches like a barely functional heretic, we will proceed to sift through his musings here.

"1. You make important decisions about your career without consulting Scripture or praying. I can't tell you how many Christians I know choose a career based on how much money they will make. They do not consider how God internally wired them, how it would impact their ability to mature as a believer in the context of a local church and how it will affect their key relationships; when a person does this, they behave like a functional atheist." - Joseph Mattera

Yeah no. Now I agree that we always should pray before making life decisions, the premise Mattera is offering is that every new job has a hard yes or no waiting from God and that is simply charismaniacal jibber jabber. God can use you in nearly any capacity. Certainly, careers that have some level of turpitude should not be engaged in but that is not what he is alluding to. He is literally saying if the new job, which one might need to survive, conflicts with church activities or relationships, one should not take that job and that is categorically absurd and shows that Mattera does not share common life experiences with most people. Pray and consider how a new job affects us and our spiritual life? Absolutely. Deciding to take the job however does not make us suddenly not believe in God Himself.

Credentialed Minister of the Gospel for the Assemblies of God. Owner and founder of 828 ministries. Vice President for Goodwill Industries. Always remember that in all things God works for the good of those who love Him and are called according to (more...)
Related Topic(s): Spiritual-Religious; Spirituality; Spirituality, Add Tags