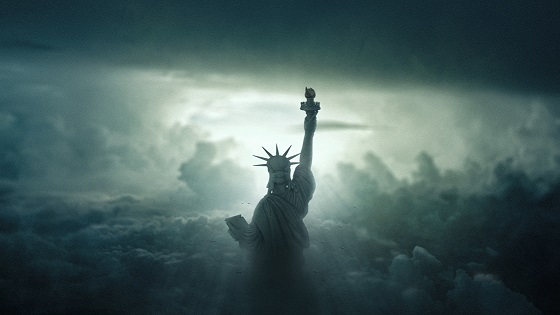 We all know the big names. The big draws. Those with the loudest pulpits. The Bill Johnsons. The Brian Houstons. The Joel Osteens. These are the usual focus for discernment ministries because they are the most egregious and often most public. Then you have the less influential but potentially just as dangerous. The Jennifer LeClaires. The Shawn Bolzs. Then there are the wizards. The ones behind the curtain, pulling the strings. The above linked article is from one of them. His name is Stephen Strang. He is often not featured because he does not preach per se. He runs Charisma News so in many ways, he is a kingmaker for heretics. He is also a rabid dominionist, which is why Charisma News is so heavily slanted towards that particular false teaching. Strang, undoubtedly depressed by the mid-term results, has proposed the above as a "prophetic revelation" about the future of America and the end times. That means he is claiming this is coming directly from God. Let us reason once more as we pull the curtain back to expose the monster under the bed. The skeleton in the closet. The Great and Powerful Strang.

'It's no secret that we live in an upside down, crazy world, and it appears like things are getting worse and worse. Immorality, open borders, inflation and socialist policies are running rampant throughout the country. Many believers were standing in faith for a turning point during the midterms. I have a more contrarian view on the results and how I believe we should move forward from here. It's becoming harder and harder to live out the Christian lifestyle as the world moves further away from biblical values. Now what? Many Christians across the nation believed electing a few conservative, Bible-believing politicians would help move our country forward. I am actually one of those people and I talk about it in the latest episode of my podcast "Strang Report."' - Stephen Strang

The chicken little cries of the sky is falling only reveals further the disingenuous nature of what Strang pushes. The bible is quite silent on matters such as immigration, inflation, and socialism because these are man made terms to discuss man made politics. Strang's ongoing sin is that he thinks he is supposed to be citizens on this mortal coil when the bible says we are but pilgrims and sojourners. Inflation is not new. It cyclical and this time very predictable because of the money pumped into the economy during the pandemic. Open borders have always been around and there have always been demagogues to demonize the brown people. Or the Irish before them. Or the Chinese when the west was being settled. Besides, if your main Christian activity is making sure poor and oppressed people are not helped by the richest country in the world then good luck when you stand before Christ. Socialism is also not some anti-Christian boogeyman. That social security your parents live on? Yeah that is socialist. Same for the Medicare. All socialism is just as evil as all capitalism. Either way it has nothing to do with Jesus Christ. Now immorality certainly does but the sad thing for Stephen and the dominionists is they only see immorality in people they disagree with. The lost? Immoral! The world? Immoral! The Democrats? Way immoral! Our side? Pure as the driven snow of course - except they aren't. They are just as evil and just as immoral. That includes the apostate church Strang is a leader of. The fact is the world NEVER lived by biblical values. It is not moving further away - it is away! What part of the lost are walking in darkness is confusing? This should have zero affect on a Christian living out their values - ZERO. In fact, the more you think they move away from Christ the greater the need for you to draw closer to Him! Look however at the admission that Strang thought by electing bible believing conservatives would move the country forward. Not the preaching of the gospel. Not the winning of the lost. Instead he appears distraught because lunatics like Doug Mastriano, Kari Lake, and Hershel Walker were not elected. Or maybe it was the guy who used to sell sugar pills as cure-alls like Dr. Oz also lost. I could understand that because hucksters feel more akin to other hucksters.

"What can we learn from this? One of my good friends, Barry Meguiar, the founder of Ignite America wrote an article for Charisma News and raised a sobering point. With all of the truth vs lies, good vs evil, many Christians held the belief that "God's will" would prevail. Meguiar says, "Here's the problem: we believed our will was God's will." Billy Graham was quoted saying, "If God doesn't soon bring judgment upon America, He'll have to go back and apologize to Sodom and Gomorrah!" In nearly every category that you measure: media, movies and pornography, America leads and influences the world." - Stephen Strang

Wow. Can you see what Strang is offering here? First of all, that his side was truth and good and the other side, the winning side, were lies and evil. This is the same thing that whackadoodles Mario Murillo and Greg Locke preach. Secondly, that only the election of their side was believed to be "God's will." The aforementioned Walker who likes to hold loaded guns to the heads of his wives and forces those who aren't his wife to abort their children is God's choice. That is not to pick on Herschel either because he is just a microcosm for the morality stunted candidates offered by both parties but to Strang and his associates - only theirs are God's will. Thirdly, their new assumption is that the election of Democrats represent God's divine judgment. The delusion is so strong here. As for the absurd reference to Sodom and Gomorrah, we turn to scripture. The key verses are the chapter before God destroys these two cities. Not countries, cities. Here we see Abraham interceding for the cities, making the case for the righteous that are living with the abomination. Abraham starts at 50 but works his way down to ten people. If there were ten righteous, God admits he would spare the cities for their sakes. While I agree America is the purveyor of great many societal evils that flood the world, it is hardly where there are only 10 righteous left. What Strang should be far more concerned with is the fact that America is the world supplier of heresy and Strang is part of that supply.

(You can only use the social login buttons before entering a comment.)
1 people are discussing this page, with 1 comments