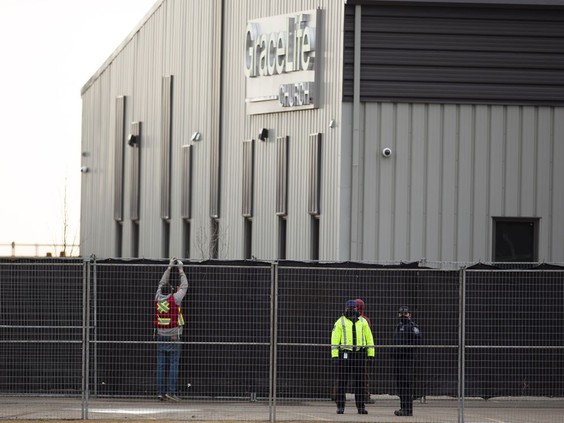 And let us consider how to stir up one another to love and good works, not neglecting to meet together, as is the habit of some, but encouraging one another, and all the more as you see the Day drawing near. - Hebrews 10:24-25 (ESV)

Today's generation of pastors was not raised solely upon scripture. The lessons learned from the previous few decades is that you too can be a mega church pastor of thousands of people, have lucrative book deals and your own satellite channel on occasion. I have spoken with local pastors about this subject. Good pastors. Solid, bible teaching pastors who believe in presenting the full counsel of God as Paul expressed to the Ephesian elders in Acts 20. Yet they too fall to the desire for what their neighbors might have in larger churches. Perhaps motivated genuinely for a desire to preach the Gospel to more people but flesh is always flesh. I told one such pastor that if he gets to heaven and discovers the majority of his sheep were truly saved then he will hear well done my good and faithful servant and that is infinitely better than discovering 75% of your mega congregation never knew Him. To be honest, I find it highly unlikely that one can preach the full counsel of God and maintain a mega church. Why? Because narrow is the way and few are those who find it! People do not want to hear about how they are a sinner in desperate need of saving. Not when they can choose to hear that this is their best life now or how they are destined to reign! Joel Osteen and Joseph Prince are the hucksters the bible warned us about. They are salesmen and the false Jesus they sell you is one that cares nothing about your sin and is only here to serve you and tell you it's all ok when you sin, I mean make mistakes.

Along this road over the past few decades there have been voices arising to teach a different way to do church. These schemes of church growth reached their penultimate with Rick Warren's The Purpose Driven Church (PDC) in the mid-1990s. This book flipped the intention God had for church on its ear. It taught pastors that they were no longer shepherds but rather vision casting CEO's. Andy Stanley, a known Warren acolyte, has said that he does not believe we should even use the word shepherd anymore. The PDC also solidified the seeker friendly model of operating church, where anything offensive is removed. Bill Hybels famously removed all of the crosses from Willow Creek because the unsaved visitors found it offensive. One of the lesser discussed results of the PDC was a definitive shift in what the focus of the church was and ought to be. God did not intend for the body of Christ to merely be a building. Read Acts 2 and you will see a community. The PDC however reduced all of church to the Sunday worship experience and a network of small groups for weekly support. Combine this with the cult of personality pastorships the PDC encourages and you have the perfect storm to develop churches that have convinced themselves that "church" is their little silo on Sunday mornings, usually for an hour and a half. This of course is one of the reasons why the believers today are so lacking in basic theology and an understanding of Jesus. The entirety of their church experience is going to a building for an hour and a half per week where they hear music worshipping themselves followed by a sermonette that is also all about them. This becomes an almost pseudo-spiritual crack and they need the fix each week. The church desperately needs the services each week as well because even when times are good, only 10 percent tithe. Can you imagine how low that must get if they are not physically meeting? So along comes a worldwide pandemic that has many local governments shutting down society and placing restrictions on public gatherings.

The purpose driven pastors start to panic. One such pastor was James Coates, from GraceLife Church in Alberta Canada. Pastor James shut down initially but after a couple of months he started to justify and preach about why he thought reopening was "God's will." We have seen this here in America too. Pastors started questioning the science of a virus, vaccines and safety precautions. Of course they did this from a perspective of total ignorance as they had zero experience or education regarding the topic at hand. I remember early on one pastor declaring he alone should know when it would be safe for his church to meet again and I am pretty sure that is the definition of insanity. If I want to understand the significance of the cross or breaking down a parable - then Dr. Fauci is the last person I would ask. If I want to understand COVID however I would not turn to people who have no experience with pandemics, virology or public health, such as pastors. The last time I checked the bible talks a lot about wisdom. Nevertheless, pastors such as James Coates reopened their churches last summer. The problem for Coates was that this was in violation of the Canadian authorities. They begged and pleaded with Coates who was having none of it. I watched a sermon he gave when he was pretending to make his decision and he had plenty of carnal reasoning, most of which was scientifically dubious. He did reference one scripture as I recall, Hebrews 10:25. He did so because this is the only verse in the bible that could possibly support such a reckless position as endangering all of your sheep for the sake of having an hour and a half together on Sundays.

Except that is a poor interpretation of this verse. I included the previous verse for context in the key verses for today. The key to these verses is "as is the habit of some." It seems in the early formation of the church not everyone fancied the public gathering of the faith. Perhaps out of fear of persecution or perhaps because they just did not know any better. So what is the specific issue this verse is addressing? Is it that the saints must congregate regardless of circumstances? Or is it that there were certain individuals who did not yet understand the value of gathering together. There is certainly value. This is not an exercise in pretending the saints should not gather together for public worship of God. This is saying that it need not be within the purpose driven construct. It need not be this hour and a half of scripted worship, feel good messaging, pay your tithe and go home. In fact, I would argue it should not be so. Besides a spiritual malaise over the church today there is little understanding of who we are. God did not design the church for an hour and a half of the Hallelujah hop followed by the rest of the week relatively detached from the body of Christ. So forsaking the fellowship is a very serious matter that deals with the individual who thinks his faith does not require being part of the body of Christ. These spiritual lone rangers dotted the Christian landscape even before COVID. I remember once a lead singer from our old choir was sat down by leadership, for justified reasons. The person did not show for church for about six months and when I greeted him with how are you, where have you been, upon his return the answer was a defiant - "I don't need to be in church to be a Christian!" Yes you do.

So we come back to it then. The real question is what is the church. To the purpose driven pastor, it is that sliver on Sunday. You can suspend the ancillary services and ministries because of the pandemic. Food pantries, clothing outreaches, hospital visits, pastoral care - that can all be held off but the hour and a half? Got to have that to be the church? I would argue the opposite. I would also argue that is not the point of Hebrews 10:25. The governments of the US and Canada did not say that churches had to close. They said that large public gatherings had to temporarily cease. Where was the creativity of the shepherds? Why not stream services live? Rotate the 15% allowed to attend in person. Ramp up smaller group activities. Make individual pastoral care calls. Visit people where they are at. Be part of the solution instead of whining and being part of the problem. Provide community outreach and services. Be the shining city on a hill. Be the church. Instead what does the world see? They see a petulant toddler stamping their feet up and down and pretending that they are somehow being picked on. Instead of insisting you are essential why not prove it? Give people a reason to want to visit your church when it is safe to. When the world hears John MacArthur parsing out how minimally dangerous COVID is while over 550,000 people have died in this country what message do you think they are receiving? Do you think they will care what you have to say about Jesus then? Or how "pro-life" you are?

I do not buy the martyr routine from Pastor Coates at all. He has manipulated this marketing campaign perfectly. People only hear that he was in jail but they do not know that he chose to be there. The court simply asked that he agree to adhere to the authorities, you know, as Romans 13 says, and he refused! That is not a biblical stance. That was a Public Relations ploy so he could appear "persecuted." After his release he went right back to sticking his thumb in the eye of authority and held services again. The government then erected fencing around the church to prevent people from attending. Did this wake up the rebel pastor? Nope. He took his church to a secret location to hold that beautiful hour and a half service. How do we know? Because he had it captured on video and posted to the Internet, mocking the authorities. There's the old Christian spirit right? Pathetic. At the start of his sermon he asked his members, did you ever think you'd be part of the underground church? What an insult to our brothers and sisters around the world who legitimately have to meet underground to avoid being jailed or killed for their beliefs. Grace Life Church is not part of the underground church. They are a rebelling purpose driven mistake, who are in their predicament of their own choosing. This is not persecution. This is a Canadian pastor far too influenced by American NAR theology and so enamored with himself that he fails to see the kingdom issues at hand. He has made the unsaved the enemy. I can think of no greater outcome the devil wants than a church that is so enraptured with themselves that they cannot bear the thought of not having that hour and a half on Sundays and if the unsaved get in the way, well too bad for them too.