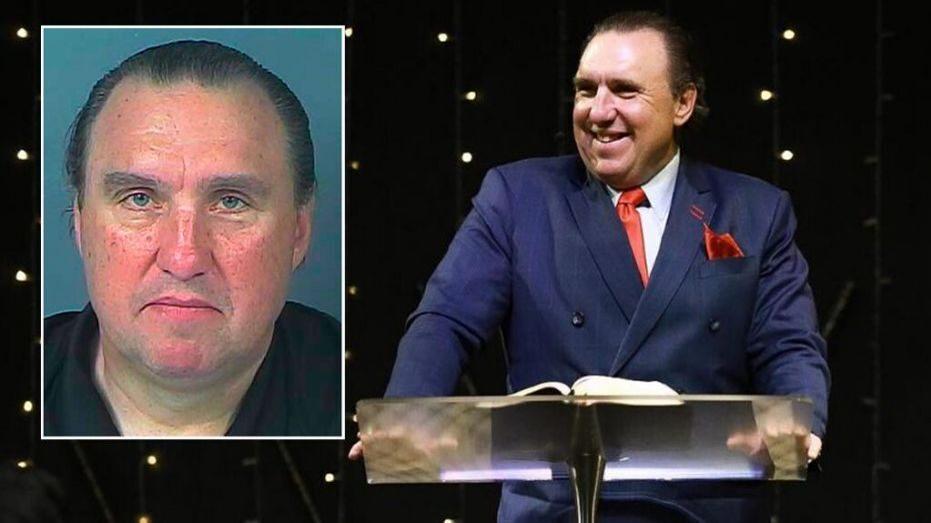 But I am afraid that as the serpent deceived Eve by his cunning, your thoughts will be led astray from a sincere and pure devotion to Christ. For if someone comes and proclaims another Jesus than the one we proclaimed, or if you receive a different spirit from the one you received, or if you accept a different gospel from the one you accepted, you put up with it readily enough. Indeed, I consider that I am not in the least inferior to these super-apostles. Even if I am unskilled in speaking, I am not so in knowledge; indeed, in every way we have made this plain to you in all things. -- 2Corinthians 11:3-6 (ESV)

Rodney Howard Browne is a rank heretic. Always has been, always will be. His recent brush with the law does not change these facts. Howard-Browne defied his local law enforcement last week by holding church services during the midst of the coronavirus. More importantly, he defied common sense and had total disregard for his congregants as well as the lives of everyone they love. It was a selfish act and hiding behind Jesus Christ to excuse it is reprehensible for anyone who claims to love the Lord and serve Him. There is simply no excuse good enough for this type of reckless, egotistical behavior. Browne's congregants could have gotten by quite well without seeing him last week. Quite frankly, they would be far better if they never saw him again so they might actually hear the true Gospel of Jesus Christ. That aside, Browne has put out a statement since his release, linked above. Let us sort through this nonsense together. As it is long and self-aggrandizing, I will try to focus on the salient points.

"The two greatest commandments mentioned by Jesus, to love God and to love people, exemplify my life. My greatest passion in life is to introduce people to Jesus, so they can experience His love and forgiveness. As you know, I was arrested on trumped-up charges for conducting a church service on Sunday, March 29, which Sheriff Chad Chronister claimed, in a press conference, allegedly violated the Hillsborough County Executive Order that went into effect last Friday, March 27, at 10 p.m. The two charges are second-degree misdemeanors that carry a maximum penalty of two months in jail and $500 fine." -- Rodney Howard-Browne

We do not "introduce people to Jesus." That is some straight up NAR nonsense. What we are called to do is preach the Gospel and not compromise it in doing so. Howard-Browne has preached for decades the holy laughter heresy where he blames the Holy Spirit for causing people to roll around on the ground laughing uncontrollably during service. He calls himself the holy ghost bartender because he preaches getting drunk in the spirit. Whatever "jesus" he introduces people to, it is not Jesus Christ. The key verses today remind us that false preachers can easily preach a false christ, with a false spirit, through a false gospel. Rodney Howard-Brown is no super apostle beloved. he is a wolf of the highest order. These were not "trumped up" charges and he was not arrested for merely having a church service. He blatantly and purposefully thumbed his nose in the face of his authority, which by the way is a violation of Romans 13.

"The fanfare and drama that surrounded my arrest was completely unnecessary. A simple phone call informing me that I had been charged with violating the Executive Order and needed to come to the Hillsborough County Sheriff's office would have sufficed. I would have been willing to turn myself in but was not offered that option. It was unnecessary to send law enforcement to my home. And it was unnecessary to hold a press conference even as I was being arrested.

Before addressing some of the false statements made in the press conference, I want to say that even though the drama and made-for-TV press conference was not appropriate, I do not hold any ill-will toward anyone at the press conference, including Sheriff Chronister. I have the utmost respect for law enforcement. In fact, in January of 2020, I had the pleasure of honoring the Hillsborough County law enforcement by presenting a plaque to Sheriff Chronister at The River at Tampa Bay Church. Afterward, we held an event for our church community (which includes many from the inner city) to interact with, and build a rapport with, our local police and deputies." -- Rodney Howard-Browne

Credentialed Minister of the Gospel for the Assemblies of God. Owner and founder of 828 ministries. Vice President for Goodwill Industries. Always remember that in all things God works for the good of those who love Him and are called according to (more...)
Related Topic(s): Religion, Add Tags
Add to My Group(s)
Go To Commenting
The views expressed herein are the sole responsibility of the author and do not necessarily reflect those of this website or its editors.