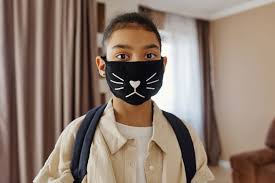 Walk in wisdom toward outsiders, making the best use of the time. Let your speech always be gracious, seasoned with salt, so that you may know how you ought to answer each person. - Colossians 4:5-6 (ESV)

David Lane is an American History revisionist member of NAR dominionism. His sole goal is in conquering the cultural mountain of government and is quite shameless and heretical in doing so. We must understand the nature of the beast we are dealing with. There are preachers who are caught up in NAR dominionism. They preach the idolization and worship of this country. I remember John Hagee once famously preached that if you didn't like hearing "Merry Christmas", you should get on the next plane and "get outta my country." Odd evangelical plan I must admit. Besides preachers however there are political operatives disguised as Christians. These are folks like James Dobson, Ralph Reed and Franklin Graham. David Lane is chief among this second group. He runs a sham outfit known as the American Renewal Project and his latest nonsense is linked above where he tries to defend the current administration party line on mask shaming. Let us reason once more together beloved.

"If you are between the ages of 20 and 40, your risk of dying from COVID-19 is the same as your chance of dying from playing football. If you're between the ages of 15 and 24, you're more likely to be fatally afflicted by falling down the stairs than by COVID-19. Kids under 15 have more chance of getting hit by lightning than of dying from COVID-19. Healthy women under 40, your odds of dying from COVID-19 are about the same as dying from a plane crash. "If you're under the age of 65, the chance of dying of COVID-19 ... is the same risk you face driving on your commute to work." This is how John Ioannidis, M.D., professor of medicine of health research and policy and of biomedical data science at Stanford University School of Medicine, presents the insignificant risk posed by the "deadly and novel" virus." - David Lane

There are 200,000 people who are dead in this country from COVID but they apparently do not matter to David Lane because they could have just as easily died doing some other benign task. The logic here is asinine and callous. It spits on the dead and trivializes their lives but their lives meant something to God. You see, all of what David lists are accidents. If there were a way to prevent plane crashes I am pretty sure most would want to comply before they boarded. The virus we face is not a happenstance event such as playing a game of football. It can be prevented. The other point Lane misses is the idiocy of these comparisons. He is comparing mortality rates be fails to realize that the very reason why the rates are as low as they are is due to the very steps he wants to eliminate. We all quarantined, wore masks, and stopped gathering in large groups and the mortality rate has been kept low so the logical thing is to stop doing the things that led to a low mortality rate? This is what Christians and political operatives should stay in their lane. At least right off the bat we can see that David Lane is a hack and does not know what he is talking about.

'The six-month manic COVID-19 campaign--driven by Big Pharma's panic for profit, aided and abetted by un-American censorship from Big Tech's Amazon, Apple, Facebook, Google and a drumbeating mainstream media--has reached the point where if people were told to get into boxcars to be taken to "Virus Protection Camps," many would rush to get in line. The turbulence and upheaval engineered by government bureaucrats and blue state potentates will require brisk countermeasures if freedom is to be sustained. As early as May this year, retired neurosurgeon Russell Blaylock, M.D., issued a warning about wearing face masks: Not only do masks fail to protect the healthy from getting sick, but they also create serious health risks to the wearer--airlines, are you listening? The bottom line, Dr. Blaylock says, is that if you are not sick, you should not wear a face mask. He added, "[No credible scientific study has] established a conclusive relationship between mask use and protection against influenza infection [read: COVID-19]."' - David Lane

Lane and NAR rely heavily upon rabid conspiracy theories to drive up fear amidst the church. So suddenly the media, Big Pharma, Amazon, Facebook, Apple and Google are working in concert to make people wear masks. No analysis is offered up as to WHY these entities would do such. They also rely upon the division foisted upon this country by people in politics, such as the very people they support. There has been no greater sower of division than the current president. As for Dr. Blaylock, who has apparently become a doctor for the cause of conspiracy theories, he presents the wrong argument as a strawman argument. The purpose for wearing the mask is not to protect the healthy from getting sick but rather to prevent the sick from infecting the healthy. The other gaping hole in his rationale is that this virus has an incubation period of up to 14 days. That means that someone can seem "healthy" for two weeks while actually spreading the virus to everyone they come in contact with. This recently happened in Millinocket Maine, which had zero COVID cases until a wedding in July. At that wedding was one person who was asymptomatic and attended the maskless wedding and now the entire town is infected, a local prison, and counties as far as 200 miles away. That is why we wear masks and you would think a doctor should know better. This I what happens when your agenda is driven by politics and not the truth.

Credentialed Minister of the Gospel for the Assemblies of God. Owner and founder of 828 ministries. Vice President for Goodwill Industries. Always remember that in all things God works for the good of those who love Him and are called according to (more...)
Related Topic(s): Christianity; God, Add Tags
Add to My Group(s)
Go To Commenting
The views expressed herein are the sole responsibility of the author and do not necessarily reflect those of this website or its editors.