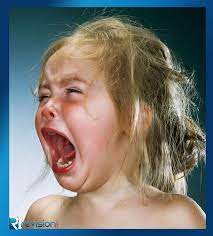 This past week I came across two Charisma News articles that covered different topics within the same theme. The first link is from Stephen Strang who asserts that Christians must stand firm against government overreach while pawning his new NAR dominionist book. The second link is an interesting presentation of new data that suggests the pandemic might permanently change the church landscape in America. The authors are the researchers who wonder if they are seeing the great falling away unfold before their eyes. As usual, the blind cannot see the truths right in front of them so we will consider these together and forge ahead, starting with the offering from Strang:

'Stephen E. Strang, an award-winning journalist and the founder of Charisma Media, has just released his new book, God and Cancel Culture: Stand Strong Before It's Too Late. The timing is critical because a pervasive "cancel culture" seeks to punish those who believe in God and engage in regular worship. Strang, a widely read author and Christian businessman who wrote God and Donald Trump as well as other books, reveals that while many people were hoping Christians would be able to ride out the storm, religionespecially Christianityis under attack. While many churches wound up submitting to government authority in the early days of the pandemic, a brave few did stand up for their religious beliefs, no matter the consequences. Strang praises those churches for their actionsbut also shares an important warning. "The term 'cancel culture' applies to conservatives who oppose the politically correct crowd, but it is part of a bigger effort to cancel Christianity and those who espouse biblical principles," he says. "As Christians, we are called to help others in need as Jesus instructed, but we must also stand firm against government overreach. Ministries that are embracing both callings are actually experiencing political and spiritual revival."' - Stephen Strang

Beloved, Christianity is not under attack in America. This is by far the most Christian nation in the world. It is also the beacon of religious freedoms across the world. What it is not however is a theocracy and that is where the dominionists find their faults. While that is wholly unbiblical and unseemly, it is more so to accuse the world of using cancel culture to punish those who believe in God and engage in regular worship. First of all, there is no such thing as cancel culture. It is a term created and invented by the people who wield it to divide their political side against their perceived enemies. It was made up in a think tank by politicians who seek to split this country against itself and loves using Christians to accomplish this dirty work for them. The result is Strang and the dominionists like him sound like petulant children stamping their feet in the sandbox because they do not get their way all the time. They sound whiny. They act wimpy. That is because the dominionists and the apostate church have fostered a grievance culture within the church where the churched are encouraged to play the victim for everything. Let's look at one glaring example. In this opening, Strang claims that Christians are the victims of punishment for their faith and for wanting to worship God. This stems from the early lockdown measures taken by many states. It was determined by health experts that the best breeding ground for the virus was large gatherings where people were in close proximity to one another and there was a lot of loud speaking or singing. You do not have to be a rocket scientist to realize that a typical America church service would thus become a petri dish for spreading the lethal virus. As such the churches were asked to temporarily suspend their Sunday services - for their own health! So it was not that churches, or people of faith were targeted for their beliefs and denied worship.

What it did reveal however is how flawed the apostate church is. It has been developed and bred on the purpose driven theology that requires the Sunday service in order to survive. During the best of times they estimate only 15% of people regularly tithe so how much worse must it have become during lockdown? The pastors that bucked the system and railed against the authorities God had instituted did not do so because of freedom but rather because of money. Here is the real bad news for Strang and his band of dominionists. The culture is not seeking to eliminate them. The world loves them. Satan loves them. They may not like the whiny, victimized look but the regular business of church in America they do love. They love their Joel Osteen. They love Hillsong and Bethel. The world loves a church system where you do not need to talk about sin and no one needs to repent! So, relax Steve, no one is trying to cancel your apostate church system.

'"Today, Christians are in an unprecedented season of fragmentation, political division and actual separation on many fronts," Strang adds. "While the body of Christ is a big, diverse family, we must choose to cheer one another on, rather than allow ourselves to be divided. Christians must not lose heart. We must stand strong and not be intimidated. We must prayand we must believe God for a great awakening." In clear, authoritative prose, Strang's God and Cancel Culture features compelling interviews with an array of prominent leaders and does the following:

Documents what is happening in the country right now.

Shares how believers can respond.

Explains why Christians can look to the future with hope.

Strang also says, "We need to understand that what we're dealing with today is far more sinister than 'liberal' versus 'conservative.' We're seeing the emergence of a uniquely American form of communism: at best, frightening, at worst, murderousto biblical values, to our way of life and to individuals it deems 'less than.'"'

This is almost funny. Stephen Strang spends every waking minute dividing Christians against each other. The opening gambit of his theology is that if you do not vote Republican than you are somehow not Christian at all! If you do not worship Donald Trump as he does, then you are somehow backslidden. His good friend Mario Murillo recently wrote that anyone who did not vote as he did is actually going to hell so spare me the sudden desire for unity. It is interesting however that he is now espousing a Kumbaya moment because that is what the apostate church will do in the end times. It will seek to unite all in the eventual one world religion and guess who the enemy is? Oh, it's those nasty worldly people and their cancel culture! You know, the very people who we are supposed to be bringing the gospel to! Do not fall for this garbage beloved. We are a unique people because we are different. We embrace any true persecution because the bible says we should expect it. We do not respond to it by crying that we are being canceled. We give the lost no reason to doubt our Savior because of the actions of those who claim to follow Him. The second link above is from Infinity Concepts and Grey Matter Research. Due to the COVID switch to online church services they decided to research if there were any emerging trends. Let us continue to reason together:

"Due to COVID-19, more than three out of every four evangelical Protestants in the US have experienced watching church online instead of attending in-person. More important is that going forward, the majority who did, now want to make online viewing part of their normal church experience." - Infinity Concepts

Gasp! Now, let me be frank and say there is no replacement for in person worship with people of like faith. Corporate worship and fellowship is crucial for Christians and the bible supports this. The part that Infinity Concepts cannot conceptualize is that the majority of the people are deciding the at home service is just as good as in person, within the apostate church system. Vacuous, vapid preaching combined with selfish, me-centric worship can just as easily be accomplished over the Internet. The primary reason why is that carnality need not be in person. There is nothing spiritual about church services in the apostate church. Sure, there is plenty of emotionalism disguised as the spiritual but once you have had a year away from it you realize that it was never what you were sold. Now Infinity goes into some stats that concern them: