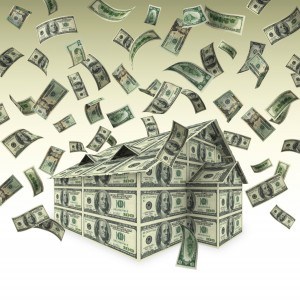 Then Jacob made a vow, saying, "If God will be with me and will keep me in this way that I go, and will give me bread to eat and clothing to wear, so that I come again to my father's house in peace, then the Lord shall be my God, and this stone, which I have set up for a pillar, shall be God's house. And of all that you give me I will give a full tenth to you." -- Genesis 28:20-22 (ESV)

The teaching of tithing is about control. It is about greed. It simply is about money. Those that still traffic in this unbiblical teaching insist it is about giving, providing an opportunity for blessing or defeating imaginary spirits such as poverty and scarcity. The shtick is pretty straight forward. You boast about how your church doesn't need the money, lay out Scriptures that do not apply to the body of Christ, transpose the word "storehouse" for the local church and accuse the sheep of robbing God. I can debunk any tithing argument in my sleep because the bible simply does not support it and possibly because I have written a book on debunking these arguments. The above link was to a teaching sent in to me by a reader, who asked me to review the sermon after she had read my book. So let us reason together again beloved as we try and sift through the unbiblical nature of tithing.

This sermon starts with the usual foreground of popular tithing teaching today. That we suffer from something called a "scarcity mindset"; which I have heard taught by the likes of Kris Vallotton as a "poverty mindset." The meaning is essentially the same. That we do not notice how rich we really are. That if we compare ourselves to the impoverished world, we are actually in the top 1%. While statistically true, it ignores the context of where we actually live. Since these folks specialize in ignoring context, this is of little surprise. The person who lives paycheck to paycheck does not suffer from a poverty mindset because she does not tithe correctly but because she lives in a country that encourages either super wealth or the working poor. Is it better than a third world country? Of course it is but to blame surviving on the survivor is beyond unseemly.

Pastor Eugene Smith concludes there are two reasons why we do not tithe. The first being this scarcity mindset where we are granted provision by God, then we consume, then we perceive lack and then we fear, causing us to not give (tithe). The way to break this in his mind is to give despite the perceived lack. The problem of course is the lack is not a mere perception but a reality. Notable tithing whore, Robert Morris does not care and teaches that you must give him 10% BEFORE paying anything else. Electricity, heat, medical bills -- anything. There is a judgment awaiting Mr. Morris and all those who fleece God's flock for personal gain.

The second reason given is what Smith refers to as the "abundance craze." This is apparently the notion that we have too much stuff and should give him 10% of our money first. Within his rationale here he actually said that the average person in this country is $65,000 in debt because they want stuff. Not only is the arrogance staggering in this statement but the actual average debt according to the United States Federal Reserve is $5,700. Most people get into debt because of unforeseen circumstances like medical issues. To simply conclude that we are essentially too greedy for "stuff" is beyond insulting. Smith also offered up this gem:

"When you're doing His will it's always His bill." -- Eugene Smith

Yeah; no. This type of sound bite sermonizing has to stop because people easily remember these unbiblical teachings. What is Smith essentially teaching here? That if you give his church your first ten percent of income, then God must meet all your bills. That is absurd. I often tell the story about the man who posted on Joel Osteen's Facebook page that the Sherriff was going to padlock his house the following week. He was genuinely confused because he said he had always followed Osteen's positive confession teachings and tithed faithfully. The answers from the Osteenites were frightening. Imploring the man to have more faith and speak the resolution into existence. You cannot make stupid promises for God, which He never said, just because you want more money in your church coffers. Smith then has the gall to cite the actual verse that shows the theology of New Testament giving:

Credentialed Minister of the Gospel for the Assemblies of God. Owner and founder of 828 ministries. Vice President for Goodwill Industries. Always remember that in all things God works for the good of those who love Him and are called according to (more...)
Related Topic(s): Faith; God; Tithing, Add Tags
Add to My Group(s)
Go To Commenting
The views expressed herein are the sole responsibility of the author and do not necessarily reflect those of this website or its editors.