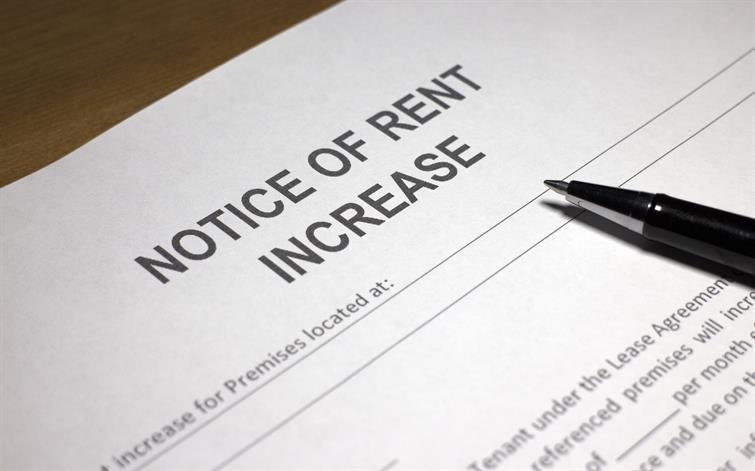 "The King will reply, 'Truly I tell you, whatever you did for one of the least of these brothers and sisters of mine, you did for me.' - Matthew 25:40 (ESV)

Dave Ramsey is considered to the be the go-to financial guru in the apostate church world. As one would expect from such, he is a fierce tithing whore. Remember there is a vast difference between encouraging giving into the true work of God and beating your sheep into submission with out of context verses that have nothing to do with them. This has nothing to do with tithing however. His latest controversy has to do with rent. It seems a caller into his show was struggling as a landlord with raising his rent prices to the "market rate." Seems this caller owned multiple properties, which the market rate had gone up. He moral dilemma was whether raising these rents, which he admitted would force some tenants to have to leave, would reflect poorly on his faith. Here was Ramsey's advice:

"Okay, I own rental property, single family homes, among many other properties that we own. And if I raise my rent to be market rate, that does not make me a bad Christian. I did not displace the person out of that house, if they can no longer afford it, the marketplace did. The economy did. The ratio of the income that they earned to their housing expense displaced them. I didn't cause any of that. And so you are not displacing them. You're taking too much credit for what's going on. If they need to move to a cheaper house, because they can't afford they're going to move to a lesser house, because if they move they're going to pay market rent." - Dave Ramsey

That is some world class circular reasoning. Let's try and sort this out, you know, according to the bible. Let's start with the term market rate. The simple definition is the going rate. It is what is generally accepted in the market. So, if I am selling something that the market generally charges $100 for, I know I can charge $100 and probably be able to sell it. It does not mean I have to sell it for $100. I decide what to sell it for. I can choose to try and sell it higher and see if I can get away with a higher than market price. I can likewise choose to give someone a break and sell it for lower. I may choose as a strategy to sell for $90 to try and get more sales. The point here is that I am in complete and total control of what I want to charge for what I am selling. Me, not the market.

So, let's start with the caller. Ramsey only answered from the higher perspective of capitalism without seeming to care where this man was at. Based on the call, it sure sounded like this man was being convicted by the Holy Spirit. He was asking all of the right questions. How would raising the rent to the point of displacing families reflect upon his Christian faith? Ramsey seemed to think the answer to this question was self-contained. The reality is that the caller is asking how the unsaved will view his faith and possibly his Savior, if his actions were deemed wrong or even cruel somehow. The bible commands us to redeem the time with outsiders. To be that shining city on a hill. Would not the more appropriate answer be that this man seek God in prayer to determine if indeed he was being prompted by the Holy Spirit? I think it is fair to assume this man was not hurting financially. Besides owning several properties, his call never indicated that he needed to raise the rent - just that he knew he could. Lastly from the caller side, do not lose sight that we are talking about people he already is in relationship with. The call was about raising rents on existing tenants, not people looking to rent beyond their means. Would it be out of the question to speak to them? To maybe see what each might be able to afford? Maybe throw in some witnessing and how Jesus would not let you just throw them out into the streets? How much better would that speak for his faith? As the key verse says, whatever you did for one of the least.

Now let's deal with Ramsey's answer. The notion that if I raise my rents I actually did not do it is logically absurd and insulting to common sense. Remember, the marker does not demand you raise the rent, it merely allows it. So, if I am renting and apartment to a family for $1000 per month for the past three years but now the market shows that similar sized apartments in that area are going for $1500 per month, I am not obligated to raise my rent to $1500. I could of course, which only means that I could find someone else to pay the new rent of that family cannot afford the rent hike. The problem with that is that it does not take into consideration the past three years. It does not take into consideration that family. The amount of hubris it takes to literally throw a family out into the cold and then blame it on the "ratio of income earned to housing expense" is staggering. YOU did it. Not the marketplace. Can you imagine standing before Christ and explaining your actions by blaming the marketplace?

Later, Ramsey may have thought a little better about it and tried a weak mea culpa by saying that "on occasion" he will "have a heart" and in the spirit of treating others as he would want to be treated will give people breaks if they fall under hardship. He stressed however he would not do so with people who have jobs but have been priced out of their market. Who would Jesus evict? Still this reasoning reveals that the landlord does have the discretion to charge as they like and it has nothing to do with market place. Ramsey chooses to work with some people while casually tossing others out of their homes. Those are choices he makes. Notice he openly admits that those he chooses to give the boot to shows that he has no heart. Interestingly, Ramsey seems to think the golden rule only applies during hardship. He is sadly mistaken.

The real problem behind this story is the ongoing Christian fallacy of capitalism as "God's choice" for governance. The only real government God ever set up was the theocracy of Israel and that did not exactly pan out well due to the sinful nature of man. Even if you conclude that capitalism is the best form of government on our planet that does not make it godly. Its is inherently greedy at its core instinct. It cares more about market forces than homeless families. This story exemplifies that. As one reverend tweeted yesterday:

"I'm hungry and thirsty and needed a place to live, so you said," Sorry, the market demands a higher price than you can afford, so get out. Please go. "

Now, I do not expect anything less from a man who teaches abusive tithing. I would not expect biblical understanding from such. We can do a whole lot better beloved. I am not saying rent never gets raised. I am saying try and consider the people involved instead of the market forces and stop excusing away decisions you make.