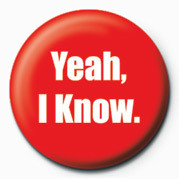 You see, we are not like the many hucksters who preach for personal profit. We preach the word of God with sincerity and with Christ's authority, knowing that God is watching us. - 2Corithians 2:17 (NLT)

Walking in the Ministry of a Knower - 365 Prophetic

Jennifer LeClaire is the huckster the bible warns us about in the key verse today. It seems every time I write a devotional about LeClaire, this is the key verse because it fits so well. Jennifer is the quintessential huckster who only preaches for personal profit. She does so without authority and could care less that God is watching. One day however, she will. For those who somehow have not heard of Calamari Queen, LeClaire is a former editor for Charisma News, which is all you need to know about how much of a cesspool that place is. She once infamously declared that there was a "sneaky squid spirit" that was stalking her and also wrote a book claiming she could release armies of angels of abundant harvest to assist with your bank account. Of course, it is your bank account that she is primarily interested in. She created a false network of false prophets that pay her a reoccurring tribute so they can claim to be under her "covering." The tribute is a mere $30 per month. For alignment and commissioning, that would be a separate fee. She also operates a school for prophets, where she will train you to be a false prophet. Eventually she must have noticed a downswing in new registrants so she created a new designation of "seer", which appears to a prophet who can remember their dreams. After training for four years at $1400, you can join her "company of seers for another $300 per year. Fancy yourself a watchman? Not without her e-course at $179! School of deliverance? Another $300 per year. Do you secretly desire to learn how to slay merman and drown marine demons? That will only set you back $138. Yes, these are all serious prices found on her website. Are we sensing the huckster within LeClaire? Well, she must be falling on hard times again because Jennifer LeClaire has now created another new distinction she can use to fleece you, I mean train you for. Let's reason again through the above linked article and discover if you are a knower! Of course, if you were"wouldn't you know?

Huh? Let me try! I know that I know that I know that there is no such thing as a knower! I can explain how I know - it's because I read the bible! I am glad that Jennifer points out the obvious nature of witchcraft but that aside, knowing is not a part of discernment. It is in fact the end result of discernment. If you are unsure if something is from God or not then you have not discerned at all. The mind of Christ indicates that believers are not taught by natural man. It is not some prize reserved for those who have some obscure "knower" gift.

'Some say it's not a sense but seers like James Goll call have called knowing a sixth sense, redeeming the language the world created as it counterfeited an actual spiritual experience. He says knowing is like a sixth sense. Interestingly enough, Merriam-Webster's dictionary has sixth sense listed. The dictionary's definition is a "power of perception like but not one of the five senses : a keen intuitive power."' - Jennifer LeClaire

For the uninformed, James Goll is a mega-false prophet and the "covering" for Jennifer. So, she sends him tribute each month to be able to say she is his. Notice what she is claiming here. It is her and James Goll's belief that the world stole the term sixth sense from God as it is an actual spiritual experience. What utter heresy! Nowhere does the bible even vaguely intimate this. Intuition is not a gift of the Holy Spirit.

"So what is our definition of knowing from the seer's perspective? Here's my definition: a way of receiving prophetic revelation or intelligence that is not obvious to the other spiritual senses; an awareness in your spirit that translates to knowledge in your mind without any direct communication from God through the five spiritual senses; spiritual perception and understanding without explanation as to how you know what you know." - Jennifer LeClaire

Oh-oh. Are we seeing what paradigm Jenifer is trying to legitimize? This is the textbook definition of the Charismaniacal version of false prophecy. In the Old Testament, the prophet would hear directly from God. That means audibly, God would tell him what he was to say. Because God does not stutter or sound confusing, there was never any reason for a real prophet to ever be wrong. Thus, false prophets were guilty of speaking for God that which He never said. The modern-day apostate church has bastardized prophecy. Suddenly a 35% inaccuracy rate makes for a solid prophet. That is because they do not actually hear from God. They have impressions, usually filtered through their deceitfully wicked hearts that they attribute to God. So, they are claiming a spiritual perception beyond the five natural senses. Jennifer has merely slapped a marketing tag on it by calling it "knowing." The bottom line however is that there is zero biblical support for such nonsense. All we need to realize is how many times false prophets swear they "know" only to be proven wrong. I am still waiting for those pesky little angels of abundant harvest to come knocking on my door for example.

"So what's really happening here? Our spirits are being informed by the mind of Christ. 1 Corinthians 2:16 reads, "For who has known the mind of the Lord that he may instruct Him? But we have the mind of Christ." Very few people talk about this gift, but people flow in it more than they realize. Again, this is a legitimate gift of the Spirit that falls into the category of discernment. So how do you steward your knowings? How do you know if you what you know is right? How do you stand in intercession? There's a lot to learn." - Jennifer LeClaire

Thankfully, Jennifer is right there to teach you, for a cost of course. That cost would be $197. Thirty bucks more if you want the "Knower" tee-shirt. Beloved, if someone has to swear that something is a legitimate gift of the Holy Spirit it probably is not. Read your bible. There is no sub-category of knowing under discernment. She simply made it up to make money. If you know that you know something is from God why would God not tell you how to "steward" that knowing? The entire premise is silly. Mercifully this is soon over:

"If so, you need to school your gift and keep it stirred up so you can grow in your knowing and move accurately in this manifestation of the Holy Spirit. In this eleven-part series, you'll discover:

-The ins and outs of your sixth spiritual sense

-How to know if you are a knower

-How to grow in your spiritual sense of knowing

-How to judge the accuracy of your knowings

-How to avoid the pitfalls of knowings

-How to steward your knowings

-Standing against knower warfare against your mind

How to know if you are a knower? Wouldn't you, uhm, know? Doesn't the line "judging the accuracy of your knowings" kind of give the game away? But hey, at least you get an activation prayer! Beloved, this is your basic Charismaniacal grift. Jennifer LeClaire is your prototypical Charismaniacal grifter. There is no such sub-gift as knowing. I know that I know that I know. You can too. Just read your bible.

Credentialed Minister of the Gospel for the Assemblies of God. Owner and founder of 828 ministries. Vice President for Goodwill Industries. Always remember that in all things God works for the good of those who love Him and are called according to (more...)
Related Topic(s): Spirit, Add Tags
Add to My Group(s)
Go To Commenting
The views expressed herein are the sole responsibility of the author and do not necessarily reflect those of this website or its editors.