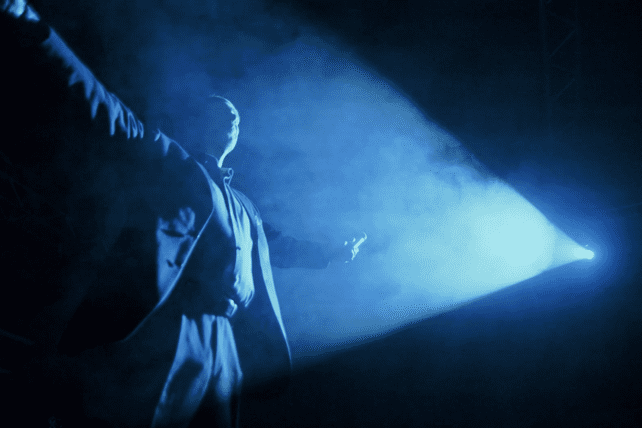 Therefore an overseer must be above reproach, the husband of one wife, sober-minded, self-controlled, respectable, hospitable, able to teach, not a drunkard, not violent but gentle, not quarrelsome, not a lover of money. He must manage his own household well, with all dignity keeping his children submissive, for if someone does not know how to manage his own household, how will he care for God's church? - 1Timothy 3:2-5 (ESV)

Pastor Shane Idleman always tries to sound reasonable. He always tries to split the bill when it come to calling out false teaching. Out of one side of his mouth he acknowledges how destructive heresies can be to the body of Christ but very similar to Dr. Michael Brown, he defends or excuses false teachers out of the other side. Besides being a full-blown NAR dominionist, Idleman does his most damage when he tries to defend the Pentecostal brand at all costs. Such is the case at the above linked podcast where he tries to play both sides in the recent Hillsong debacle. Let us reason together once more as we hopscotch through his random thoughts on the fall of Brian Houston and the Hillsong brand as told through the new docuseries, "Hillsong: A Megachurch Exposed".

Idleman starts as he usually does by dismissing critics as "heresy hunters" and presenting himself as a "non-biased opinion." His conclusion is that since he does not personally profit in offering any opinion he somehow is magically inoculated against bias. The truth is Shane is always biased and we can see that in his opening a discussion about the very real problems of Hillsong by attacking those who have the temerity to be critical. His assertion is that heresy hunters "take joy" in these stories and the opposite is true. We weep for those exposed to the heresies of Hillsong for decades. We weep for those assaulted by Hillsong both physically and spiritually. Perhaps if Shame was not so busy protecting them, he could save his concern for the sheep.

Then Shane starts speculating because he does not know what really happened. His flawed premise is that all ministries start out good when the cold hard reality is that the majority of ministries start out bad. They follow purpose driven teachings and seeker-friendly theories to willfully create these fiefdoms to themselves, absent of the true gospel of Jesus Christ. Idleman makes the crucial mistake in assuming that a growing church is somehow reflective of God's provision or blessing when often it is the exact opposite. Do you think Joel Osteen draws millions of people because he presents the gospel? Or is it because he says what itching ears want to hear? Shane says at this point that he does not know Brian Houston's heart. That maybe he just drifted away from the Lord as his church grew and became popular worldwide. You do not need to guess the state of Brian's heart. Australian authorities are still investigating if he covered up the child sexual abuse committed by his father when he took over Hillsong. His early days were based solely upon the prosperity gospel as he even wrote a book entitled, "You Need More Money." Hillsong is not a tale of a solid Christian church that went astray because of bad leadership. It is a tale of an absolutely heretical church from the start led by one of the most egregious false teachers of the past 50 years. The end result of individual people crushed by this behemoth faux church are the direct by product of who Hillsong was and still is.

After getting the critics out of the way, Idleman attacks the makers of the docuseries because they are secular, or so he assumes. He speculates they must have an agenda to make all Christians look bad. No Shane. They are trying to tell the story of the real victims of Hillsong. Idleman tries to even dismiss the victims by saying they were all "disgruntled" and you can always find disgruntled people in every church. How disgusting. Can you find in every church women who were assaulted by a church employee at the age of 18 when studying there abroad? Only to discover that the employee was not even fired? What about the New Jersey Hillsong pastor who sent pictures of his aroused genitalia to a female congregant? What about Carl Lentz grooming his victim? Disgruntled people? What about the woman who says she was raped as a virgin in a Hillsong office only to be told she needed to work it out with her rapist by church personnel? These are disgruntled people you can find at every church? Dear God I hope not.

Idleman then goes into his attempts to split the bill. Why he laments do we not focus on all the good Hillsong has done? He refers to Hillsong as a movement that has changed millions of lives. Have those lives been changed for the better Shane? Popularity means nothing to God. Without the gospel - no one gets saved. Brian Houston did not preach the gospel. So what good was done? Million-dollar record deals even though a great portion of the music is false worship? Idleman mocks the notion that single chord repetition, which the worship industry is based upon, is a trick designed to elicit an emotional response. How naÃ¯ve. He mourns not for the victims but rather for the worship leaders because some of them are "really solid and love God." No Shane, they are not solid. If they were they would have left the cesspool of Hillsong long ago. They may love the god that Brian sold them but that is not the real God. Shane feels badly for these solid people because they see Brian's latest "episode" - another clear warning against alcohol in the Christian community. Is that all you get from this Shane? Houston was caught in two different "episodes" with women and tried to blame them on addictions to sleeping pills and anti-anxiety medication taken with alcohol. Instead of asking the obvious questions the best you can offer is to blame the alcohol? Just read the key verses for today that describe the qualifications to be a pastor. Above reproach? Not a drunkard? Not a love of money? Is there any of the qualifications Brian Houston actually met? Please.

Shane Idleman declares that armchair quarterback Christians just love this docuseries. No Shane, I love the truth and if the truth hurts some sacred cows in Charismania then so be it. He actually refers to those who would stick up for the victims as "hard -hearted and arrogant." He says he cannot jump to the conclusions of Brian Houston being a false prophet and for that he exposes himself as having no discernment. In closing he says that this story did not surprise him because the enemy is always trying to take down large influential ministries. Nonsense. Why in the world would the enemy want Hillsong taken down when they were doing his bidding so well? As if to try and make the final point be about the Hillsong people and not those hurt by this machine, Idleman tells how much he loves the heart of Kim Walker-Smith, worship leader from Jesus Culture out of Bethel Church. Bethel is a fair comparison for Hillsong as their heresies are comparable. If Shane loves her heart so much then he must love her testimony of when Jesus gave her a waking visitation and whisked her away to the throne room of God where she met the Father face-to-face. She claims the Father ripped out a piece of His own heart to form a miniature Kim Walker-Smith which He set in a music box so she could dance for Him. Since we know that no man may see the Father and live, we can assume that Walker-Smith is either a liar or traffics in demons without realizing it. Tell me again Shane about her heart and how "solid" she is. Then realize she is not solid at all and neither are these people at Hillsong you keep propping up on a pedestal.

"Hillsong: A Megachurch Exposed" tells the stories of some of the victims of the mega church monster, Hillsong. These are only the stories people were willing to speak about. The 18-year old assault victim was a pastor's daughter from Pennsylvania. All of these people were someone's daughter or son. They went to Australia in all likelihood with great sincerity only to be indoctrinated into the great heretical business conglomerate posing as a church. God brings all things to light beloved and Brian Houston is finding that out now. The true threat to the cause of Christ is in defending the indefensible. Hopefully Hillsong will end up on the ash heap of history for what it was - heretical and not of God. Hopefully pastors will reflect first to the thousands if not millions of victims, Hillsong's true legacy, instead of standing up for the apostate church system. There is no joy in that position Shane. Just truth.