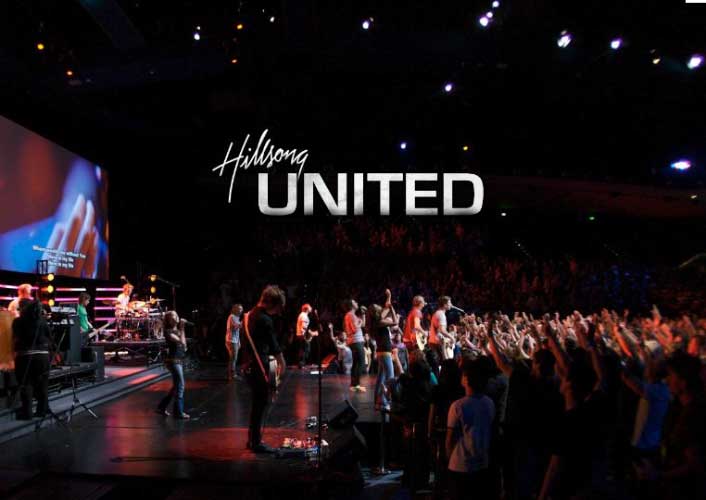 Just perusing the headlines at Charisma News today gives you a glimpse into how far off the focus is for the apostate church these days. After five minutes I ascertained that McDonalds is apparently demonic, Dr. Strange is apparently the antichrist and the Hillsong debacle is the fault of the lure of celebrity. I lump the three together because they are equally inane but our focus today will again be Hillsong. This microcosm however is indicative of the current state of the NAR dominionist movement. It scours the Internet for secular stories it can leverage to keep the focus on the world instead of the church. If you think that Walt Disney is more responsible for the state of this world rather than Hillsong, then they have succeeded in their distractions. They would rather have us talking about McDemonic Nuggets than the results of the internal review of Hillsong's Carl Lentz and his sexually manipulative leadership and trail of victims.

The cheerleader today is Stephan Strang, editor from Charisma. His role as always is to protect the brand. Todd Bentley kicking people in the face during ministry? He is still ministering. James MacDonald steals congregant monies for gambling addiction and threatens to plant child pornography on reporter's computer? Yep, he is back now. Ted Haggard, Head of the National Association of Evangelicals, caught in decades worth of homosexual relations with a male prostitute while doing crystal meth? He has been leading his new church for over a decade now. So, is it any wonder that leaders in the purpose driven industrial complex will now rally around this cesspool to try and salvage what they can?

So, Strang paints this picture of the "gold standard of worship music, preaching and church planting" that simply went awry due to the fame and celebrity going to the heads of people like Brian Houston and Carl Lentz. Is that it though? Can everything be laid at the feet of the status of celebrity? I say that celebrity does not even begin to scratch the surface of the Hillsong Debacle. Does it contribute to internalize nothing but praise for years on end? Absolutely. But it is far to easy and convenient to just blame celebrity and walk away. That gives the false impression that if they could just not buy into their own hype, they could again be successful. That views things backwards though. Fame and fortune at Hillsong did not cause sin and heresy. No beloved, sin and heresy caused the fame and fortune. Hillsong was not the gold standard of anything within the church except false teaching. Yes, their worship industry made millions of dollars but the cost of what they have done to modern worship is astronomically more than that. That aside for now, let's not lose sight of the real problems behind the rise and fall of Hillsong, lest the dominionist powers that be gloss over them so they may return.

Heresy. All other reasons or problems pale in comparison to false teaching. Hillsong was not just slightly heretical - they were all in! As a global mega-church, Hillsong walked the tightrope of trying to please everyone except Christ. Brian Houston was a rabid prosperity preacher, including writing a book entitled, "You Need More Money!" Along with this came the usual litany of word faith, name it and claim it, blab it a grab it style of preaching. Carl Lentz, who ran NYC Hillsong for many years would routinely appear on shows such as Oprah, where he would inevitably be asked about the political wedge issues of the day. His answer was, at our church we have a stance on love and everything else is a conversation." Way to take a stand Carl! You see, it is easy to just throw your hands up and declare celebrity was the culprit here. Why were the celebrities drawn to Hillsong is the real question we should be asking? Why does Joel Osteen draw over 500,000 per weekend? The answer is the same - heresy. People do not line up to hear that they are a wretched sinner in need of a Savior. But tell them they are going to heaven despite not changing anything? They will run towards that. Hillsong became a virtual feast for the flesh over the years. Vulgar secular music integrated into "worship." The NYC Youth Pastor "dressing up" as the Naked Cowboy for a woman's ministry event. The sleazy rendition of Silent Night one Christmas. Yet whenever these egregious abuses were pointed out the collective reaction was that the "heresy hunters" just didn't know how to have fun. The reality is however that when there is this much smoke that can be seen, how deep is the underlying fire? At the same time this was going on Brian Houston was inappropriately interacting with two different women that were not his wife. When he stepped down recently, he blamed it on sleeping pill addiction and alcohol use. You know, two staples of a solid preaching lifestyle. At the same time the outward signs of the flesh were all over Hillsong, Carl Lentz was having multiple affairs including abusing his power and position to seduce his babysitter, whom he engaged in sex with within his own home. At the same time, Hillsong was brushing under the carpet allegations of pastoral rape and allowing an admitted assaulter to continue to work there while his 18 year old victim was left to go back to the United States and try and pick up the pieces of her life. These are just what is known. To brush this aside as merely being the result of celebrity is insulting to all of the victims of Hillsong, which spans now in the millions.

All other problems result from heresy. We could discuss Hillsong's utter lack of transparency, supervision and accountability but all of those rise out of the heresy that drives them. If the true gospel of Jesus Christ was being preached then you would not have the accountability or transparency issues because when human frailty results in sin, people would care more about protecting the Gospel than protecting the brand. The problem with Strang's mea culpa on celebrity is that it takes the onus off of the heretics. They become mere victims to the seduction of the celebrity. Brian Houston and Carl Lentz are not the victims here. They are the perpetrators. They built a million if not billion-dollar industry out of selling a God they clearly did not believe in. This bestowed upon them power and riches beyond the dreams of avarice. What did they do with the carnal prosperity they accumulated? Carl Lentz seduced a married woman who he paid to babysit his children and then slept with her in the bed reserved for him and his actual wife. He then tried to destroy their marriage as well. That is before the actual affair that become public, ruining his ministry. Brian Houston? According to Australian police he covered up the sexual abuse his father visited upon many young boys at Hillsong. He then spent decades building a global brand by compromising everything the bible says, covering up other misdeeds by his own staff, and ultimately stepping down for two incidents with women that he blames on substance abuse. After all of this, what is known, it is disgusting to read Strang this morning trying to provide cover:

"I don't think Carl Lentz, Brian Houston or any of the other Hillsong pastors are irredeemable. They became celebrities, and just like when a small-time politician hits the national stage or when a small start-up founder grows into a big tech CEO, it's easy for them to let it go straight to their head, especially when everyone keeps telling them how great they are." - Stephan Strang

To value the gospel this cheaply is astounding to me. To casually compare the role of a pastor to that of a CEO or politician reveals just how far Strang is from gospel as well. If one is apart from Christ it is easily understandable how the lure of celebrity can go to one's head. That is the entire point. Should we not have expected more from people who were in charge of one of the largest "church" organizations in the entire world? When you realize that Brian Houston and Carl Lentz were not closer to Christ than your average small-time politician or small start-up founder, the answer clearly become no. Hillsong was nothing short of a doctrinal cesspool for decades, led by grifters, con-men, and cover-up artists. Is it any wonder then we got what we got in the end? It is equally no surprise that mere months after these events were exposed here comes Stephan Strang to start floating the idea of redemption. Let me be clear. The perpetrators of Hillsong can be redeemed regarding their salvation because Christ can reach anyone. Strang however is speaking about redeeming their career and to that I say no way. There is a pile of victims left in their wake. Disgraced pastor Mark Driscoll referred to people like this as the pile of dead bodies he was leaving behind. They all cry out for justice and fairness. They all cry out that Brian Houston, Carl Lentz and Hillsong are completely irredeemable when it comes to ever ministering again. Celebrity or not.