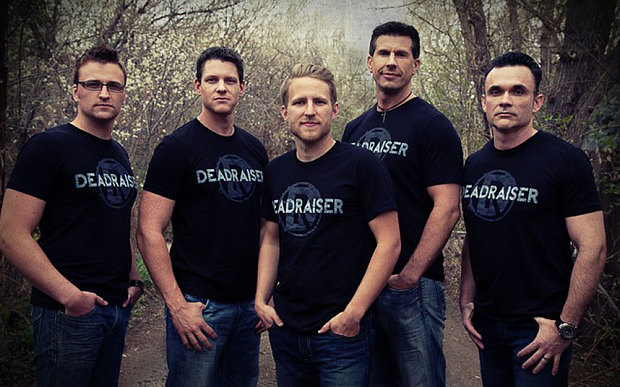 But we do not want you to be uninformed, brothers, about those who are asleep, that you may not grieve as others do who have no hope. For since we believe that Jesus died and rose again, even so, through Jesus, God will bring with him those who have fallen asleep. -- 1Thessalonians 4:13-14 (ESV)

When practicing discernment regarding false theologies we often here the lament, "what's the big deal?" Joel Osteen has encouraged millions of people, leave him alone. Joyce Meyer has helped countless women, don't pick on her! In defending Bill Johnson and Bethel Church, Dr. Michael Brown once told me, "You do not know them, they love Jesus." It has always saddened me that people who call themselves Christians seem overly focused on protecting the wolves and show little to no compassion for the sheep being devoured. I think the reason for that is that the truth of the devouring gets lost in the analogy. We can look at a cartoon of sheep being bloodied but not realize that it represents a real person. You see the truth about the key verses is that our hope in death is no longer found in this life. Our hope in Christ is in the eternal life He died on the cross to give to us. Many of the false teachings of today, including the NAR is a love of this life. A virtual obsession with this life. Their hope seems not in the eternal but in usurping the power of God to extend this life.

Ground zero for the false teachings of the NAR is Bethel Church in Redding California. Their NAR dominionism values this world. Their false signs and lying wonders misappropriates scripture to convince people that they have the power of God. It is the same sin of Lucifer. It is the same sin he then tempted Eve with in the garden; to be like God. They pretend our words create as the spoken word of God does. The evil practice of grave sucking the anointing of dead charismatics started at Bethel. They operate a dead raising team that claims they have resurrected 15 people, with shockingly no witnesses. When Dr. Brown defends them by claiming they love Jesus he cannot see that the jesus they love is false. Their jesus is wing man, not a Lord. He is the buddy jesus not the Savior Christ. Google to read the stories of those who have escaped the cult of Bethel Church the next time you think there are no victims. Or sadly, listen to the story of two-year old Olive Heiligenthal.

Olive was the daughter of Bethel worship leader and songwriter, Kalley. Olive died four days ago. I tread lightly because I cannot imagine the overwhelming sense of loss in losing your two-year-old child. What has been done to Kalley however by Bethel is spiritual abuse. You see, instead of dealing with the normal stages of grief, Kalley has been taught to place her hope in this world and has called for prayer to resurrect her deceased child. Let's get the initial reactions out of the way. Can God resurrect Olive? Of course He can, He is God. Just because God can do something however, does not mean He will. As a worship leader at Bethel, Kalley has been wrongly taught that she is prophetic by nature. Seriously, they train all of their worship leaders to engage in emptying their mind and blaming whatever pops in on God. While that also may sound harmless, it is not. It conveys to people that they have a spiritual gift they may or may not have. It teaches people to speak on behalf of God when He has not spoken. Let us reason through the above linked article from Charisma and see how Kalley Heiligenthal has been victimized by Bethel.

'Bethel worship leader and songwriter Kalley Heiligenthal asked for urgent prayer yesterday after doctors pronounced her daughter dead. In an Instagram post, Heiligenthal said her daughter stopped breathing Saturday and was officially pronounced dead. "We're asking for prayer," she wrote. "We believe in a Jesus who died and conclusively defeated every grave, holding the keys to resurrection power. We need it for our little Olive Alayne, who stopped breathing yesterday and has been pronounced dead by doctors. "We are asking for bold, unified prayers from the global church to stand with us in belief that He will raise this little girl back to life. Her time here is not done, and it is our time to believe boldly, and with confidence wield what King Jesus paid for. It's time for her to come to life."' -- Charisma News

Please, this is not an exercise in being insensitive to the family but in protecting the sheep everywhere who will see this story and be led astray. Jesus did indeed defeat the grave and holds the key to resurrection power. That power is in redeeming us back to the Father. Before Calvary, death meant eternal separation from the Father but now because of the finished work of the cross, our resurrection will not be to this world but to the next. Then we see the effects of the false word faith teachings Bethel also traffics in. Her time is not done? We have no power to declare or decree anything beloved. King Jesus did not pay for the resurrection of our loved ones in this life. God is the author and finisher and yet Kalley thinks nothing of essentially overruling God and declaring it is time for her child to come back to life. Instead of someone speaking the word of God into her life, the apostate church rallied to her cause:

'Several prominent Christian pastors and leaders--including Rich Wilkerson Jr., Darlene Zschech, Britt Nicole and Mack Brock--commented on Heiligenthal's post, saying they were interceding in the name of Jesus. Others shared Heiligenthal's bold call for resurrection prayer. Bethel pastor Kris Vallotton shared Heiligenthal's message on Facebook, saying, "Please join us as we pray in bold faith for a miracle for our own Kalley and Andrew Heiligenthal." His post has 1.4K shares as of this writing. Prophetic revivalist Christy Johnston also shared Heiligenthal's plea for prayer, adding her own faith-filled cry of intercession: "Friends, we are joining the Bethel family in a global movement of prayer for this little one, Olive. Ever since we heard yesterday morning, I have been praying prayers of resurrection over this little girl. We serve a miracle working God, and all night in my sleep, I kept hearing the words, 'Talitha Koum'... little girl, I say to you, get up from the sleep of death in Jesus Name and WALK! I looked up her name meaning just now, Olive Alayne. Olive- 'evergreen', which speaks of LIFE in EVERY SEASON. Alayne - 'AWAKENING' and 'dear child.' ! Lets decree together over her, O-LIVE the AWAKENING breath of Jesus, dear child!"' -- Charisma News

Since I know few will say it, I must. You cannot expect miracles when your base is actively working against God. The bible says that we are either gathering people to Christ or scattering them away. Which do you think Kris Vallotton does? What about ecumenicalist Darlene Zschech? Rich Wilkerson? Really? I do not know who Christy Johnson is but she declares she is a prophetic revivalist and has now decreed that Olive means evergreen and evergreen means life in every season and therefore the two-year-old must come back to life? This is not Christianity. It may even be insulting to pagans to call this paganism. This is the end result of poor and spiritually abusive teaching. It also destroys some popular false Bethel teachings. Bill Johnson is fond of teaching mandatory healing and claims if someone is not healed, then it is their fault for a lack of faith. Did two-year-old Olive have a crisis of faith Bill? Where is your famed dead raising team and why were they not dispatched to help Kalley resurrect her daughter? Why didn't you call for the glory cloud to come?

Beloved, there are victims all over this story. The parents of little Olive have been taught so poorly. They attend and assist one of the worst apostate churches on the planet. The tragedy they suffered four days ago is bad enough without compounding it with false hopes in this world. When all of the declaring and decreeing has subsided. When all of the wannabe prophets pack up their revival tents and move onto the next tragedy. When Bethel returns to their business and the dead raising team returns to their deception. When all of this occurs, Kalley Heiligenthal will have to make arrangements to bury her child. We mourn for Kalley. We pray for Kalley. We pray first and foremost that she awakens from the slumber Bill Johnson has cast into her eyes and that she see the darkness all around her. We pray that she comes into the light and finds comfort and salvation in the true Christ. We pray secondarily for all of those watching this story. We pray that God uses it to reveal Himself to those lost in the Bethel haze. Do not doubt for a second beloved that there are always victims of false teaching. Discernment is not an abstract intellectual exercise. It is triage on the battlefield.

The Value of Our Offense - The Cost of Unforgiveness (34573 views)

When Personal Worldview is More Important Than Truth (30937 views)