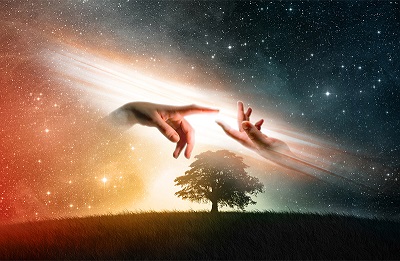 (No longer drink only water, but use a little wine for the sake of your stomach and your frequent ailments.) - 1Timothy 5:23 (ESV)

The above link is to a new Charisma News article advocating for healing on demand. Much like Bill Johnson and other heretics before him, Sandra Smith simply does not understand the bible. What can you expect from someone who brags in her bio that she "carries the mantle of apostle and prophet" and who has written a book entitled, "Reflections of a Conqueror." It is important for us who need to discern how to spot the specious biblical arguments Sandra and her ilk always make. It is important for our own faith and understanding of who God is and what He has done for us. So, let us reason together through this article with our bible and hearts opened.

"We can learn from the woman in the book of Luke who was hunched over for 18 years. The Bible says, "Then should not this woman, being a daughter of Abraham whom Satan has bound these eighteen years, be loosed from this bondage on the Sabbath?" (Luke 13:16). We can learn so much from this verse. First, Jesus called sickness bondage. We do not know the specific disease this woman had; it could have been crippling arthritis. But we do know the Bible called it a spirit of infirmity. Whatever it was, Jesus never called her sickness a blessing. He also did not say, "should not this woman who God has blessed these 18 years ..." No. God's blessing was in sending Jesus to loose the woman from her infirmity. The truth is God never had anything good to say about sickness. In fact, He detested it so much He sent His own Son Jesus to bear all the sickness of the world upon Himself." - Sandra Smith

When we approach the bible to reaffirm what we already believe we are not seeking to hear from God. The point of the story with the woman affirmed with a spirit of disability is not the healing but rather to teach the hypocritical Pharisees about the true spirit of the law. Only the Pharisaical spirit can complain when someone who has been sick for 18 years is healed. Their complaint of course was not sincere as it was more a way of trying to condemn Jesus by accusing Him of violating the Sabbath. Even though Smith misses the point, let's review what she believes she sees in this passage. It is true that Jesus referred to this woman's suffering as bondage but the bible clearly says it was a spirit of disability, not arthritis. Smith is trying to assign a common ailment from today so she can extrapolate out the actions of Jesus to all sickness. The text does not indicate anything close to that. I am unsure why she becomes fixated on people who believe sickness is a blessing as I do not recall any Christian making that argument. What Jesus detested was sin and the bondage that accompanies it. Sickness comes as a direct result of sin but in typical Charismaniacal fashion, Smith pays lip service to the real problem in her pursuit of healing on demand. The sickness of the world was not arthritis. It was and remains sin.

"Sickness was never called a blessing in the Bible, and anyone who calls it a blessing today does not know what the Bible says. If sickness and disease are from God, then Jesus was fighting against God when He healed people. If sickness and disease are from God, then Jesus robbed God of His glory when He called sickness a bondage of Satan. Thank God the Bible sets us free from wrong thinking and wrong believing, so we can enjoy the blessings of healing, health and wholeness. Sickness is a bondage from Satan, clear and simple! God wants you, as a believer, to live free of sickness and pain, but it is up to you to choose to walk in health today." - Sandra Smith

Sickness and disease are not from God but He allows them. God's permissive will reminds us that He is ultimately in control of all things within His creation. The real crime committed here is Sandra takes a truth that applies to this one woman and applies it to everyone. Jesus never called all sickness bondage from Satan. People suffer from the flu every year yet do we really believe they are in bondage? Does God really desire that every believer live a life free sickness and pain? Consider the key verse for today. Paul reveals that Timothy suffers from frequent stomach related ailments! Does he chastise his young prote'ge' for his lack of faith? Does he wonder why Timothy must struggle in bondage when Jesus promised us a sick-free life? No. Instead he gives him some sound advice to take a little wine, which can help with such conditions. That's odd? Why would Paul instruct Timothy to do such if we were all promised uber-healing whenever we need it? Perhaps because we are promised no such thing. What Smith does here is so cruel, no matter how unintentional. By declaring that it is up to you to walk in health, she sets believers up to shipwreck their own faith by blaming themselves if they do not receive the healing she promises. Beloved, God is always sovereign. He can heal but that does not mean He must.