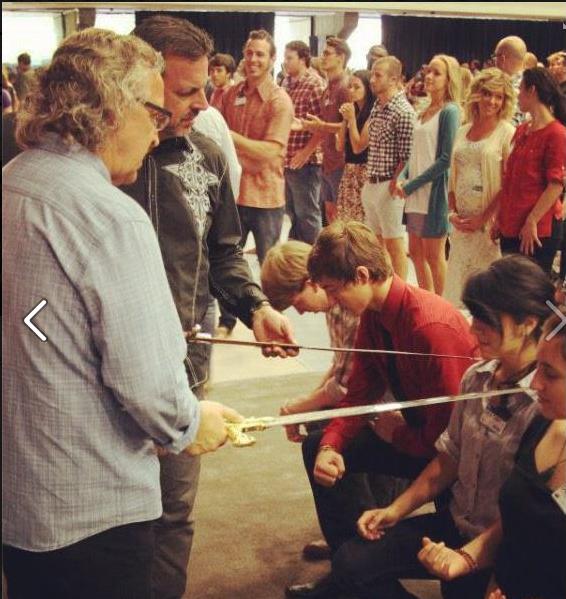 Dr. Michael Brown is a learned theologian who has written many good books espousing correct doctrine. Unfortunately, as we see many fall from grace as the end times deepen, Dr. Brown is simply not to be taken seriously anymore due to his entanglement with the New Apostolic Reformation (NAR) teachings. Please keep in mind that this does not mean he openly uses the term NAR. Most involved do not. Dr. Brown however defends any false teacher who espouses NAR doctrine, which makes him an essential gatekeeper. He gives his decades earned credibility to these charlatans with impunity. When first confronted he actually feigned ignorance that there even was an NAR! All one has to do is see that now his primary focus is writing about worshipping this country to know that he firmly believes in the dominionism that is a hallmark of the NAR. He also has a blind eye when it comes to the abuses stemming from the false signs and lying wonders churches in this country. I was on his radio show twice to confront him about it but to no avail. He said that Bill Johnson was a solid brother; Joseph Prince and Benny Hinn were brothers in the Lord and even gave cover for the silliness of the sneaky squid spirit from Jennifer Leclaire. This week he wrote an article where he claims to "dispel myths" about the NAR and it is linked above. Let us reason once again and see the cover he continues to try so hard to give to so many in the NAR and their false teachings.

Clever opening ruse by Dr. Brown. He finds one website and applies all of NAR criticism to it. The reason why many will not have heard about it is that it is a collective term for common teachings. It is not a denomination. When you see churches preaching dominionism, false signs and lying wonders and a warped apostolic authority paradigm - bingo.

'I was doing my radio show last year when, during a break, my producer and I heard an ad playing for this DVD. We were absolutely shocked. What in the world were they talking about? What is this massive, dangerous "NAR"? During the 2016 presidential campaign, I had seen articles on radical-left websites accusing political leaders like Ted Cruz of being part of "NAR." By this the critics meant an alleged Christian dominionist movement that wanted to take over America. But that, apparently, was quite different than this new description of NAR, since most of its supposed followers are not dominionist. So I continued to wonder, "What is this so-called NAR?" I was familiar with the term New Apostolic Reformation, coined by Peter Wagner (more on this below), but it hardly resembled this ominous new "NAR."' -- Dr. Michael Brown

Here is the feigned ignorance again and I simply not buying it. This is the same Dr. Brown when I questioned him why he was going on Benny Hinn's show for a week tried to say he did not know of any false teachings from brother Hinn. C'mon Dr. Brown. That does not even pass the smell test. Do not be lured into Brown's assertion that most are not dominionist. What he means is most will never admit they are. Brown himself is a clear dominionist and would never admit it but let's look at the last five titles for articles he has posted on Charisma News:

The Canadian Government is Now a Dangerous Big Brother