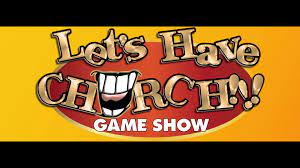 The word huckster appears a few times, in different translations of the bible. Two such appearances are listed above. From these we can glean that a huckster is someone who preaches for personal profit. Their representation for God is insincere. They do so without any authority and do not know or perhaps understand, that God is watching. They keep false scales and they love to cheat. We find hucksters throughout the bible and throughout the church today. Far too many people standing in the pulpit today are hirelings and hucksters. Their danger is not only in separating you from your money but from leading you astray. Faith in a false gospel leads to faith in a false Christ and that leads to hell beloved. These are not minor matters. They are grave and the consequences are equally so.

That brings us to the above linked You Tube clip from someone named Jonathan Shuttlesworth. In full disclosure, someone who reads the work of 828 Ministries had emailed me and asked if I would review a teaching from him and though it has taken me some time, I finally settled in this morning to search his preaching. The first one I came across was what he described as a teaching on tithing. Since I have written a book on the hucksterism involved with teaching tithing, it seemed like a good place to start. This "teaching", which was really the intro to collecting tithes during a service, was a perfect anatomy of what hucksters do and this guy is quite polished at how to fleece the flock. So, let us reason together again through the four aspects of tithing he outlines.

Shuttlesworth knows that the traditional scripture arguments for tithing have become debunked in modern times so he refers to Hebrews 7, which most do not teach from. It is from there he launches into conventional Malachi arguments but his choice of Hebrews to start was no random reference. The first half of Hebrews 7 recaps the exchange between Abraham and King Melchizedek from all the way back in Genesis 14. This exchange is a favorite scripture for modern day hucksters trying to pretend Christians are supposed to tithe, which they are not. The New Testament provides the structure for giving - a cheerful heart and prayer. The overarching truths of sowing and reaping always apply so if you find yourself in a good gospel church you should pray and give cheerfully what you and God have determined each week.

That said, the exchange in Genesis does in no way establish a practice of tithing. It is the only time in his entire life that Abraham tithed. It had a specific purpose, which was to prevent the King from bragging that he made Abraham wealthy when it was all God. Not one ounce of the wealth given to Melchizedek that day was from Abraham's personal wealth. It was all the spoils of the war that he had just won. Oh, and by the way, he gave 100% not 10%. So, if we want, we can set up tithing based on this model and anytime we come back from war we can give all of our spoils to the church. What about Hebrews preacher? What about it? Revisiting the story thousands of years later does not change it in any way. Shuttlesworth also ignored the second half of the chapter, which showed the reason why the Hebrews writer even brought up Melchizedek was to compare him to Christ and show how superior the new covenant is to the law. With that behind us, let us move into the four aspects of tithing he wishes to "teach on."