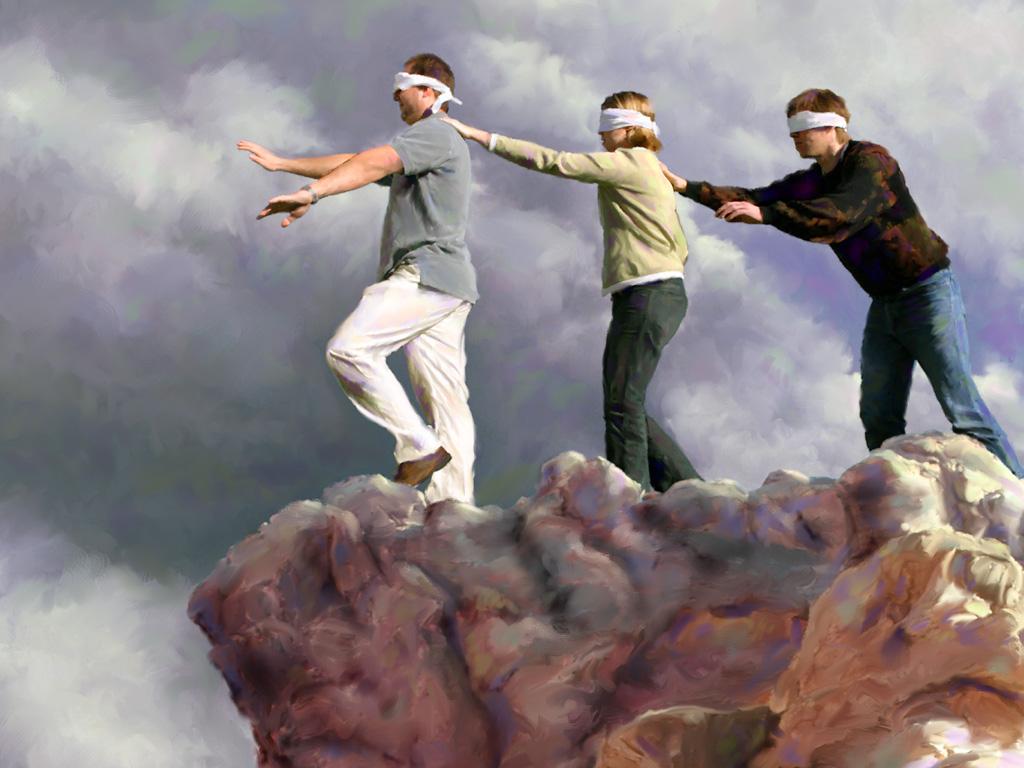 "Every charismatic Christian leader I respect has said Donald Trump will win a second term, even though the national news media on Saturday declared Joe Biden as the winner of the election and the 46th president of the United States. I asked myself, How should Charisma cover it? Recently, I woke up with an impression I should convene a Charisma panel, as I have before, to discuss what God is saying about important issues. On very short notice, I was able to interview both Rabbi Curt Landry of Oklahoma and Janet Porter, author of the Heartbeat Bill and president of Faith2Action. We came together to assure believers that the election is far from decided and that they must do their part to help expose what could be revealed as massive election fraud in many states throughout the country. And we talked about how Christians should pray." - Stephan Strang

You have to love the transparency of the willfully deceived. Stephan Strang is a rabid dominionist pretending to be a Christian leader. His interest is always politics first. His primary tool to achieve his carnal ends is Charisma News. Through this cesspool, he supports some of the worst and most egregious false prophets and teachers alive today. Jennifer "Sneaky Squid LeClaire, Cindy "The General" Jacobs, and Michael "NAR Gatekeeper" Brown just to name a miniscule part of the heresy-fest that is directly attributable to Charisma. Strang's primary focus however is always Republican Party politics. He has used God and Charisma for years on end to pretend that Christians must vote as he says. He operates however with such an inherent dishonesty and it has a lasting effect on the church as a whole that cannot discern enough to see the truth. I see many Christians every day mimicking the same inherent dishonesty when it comes to this past election. Let's just dissect his opening gambit here to see this dishonesty at work.

Point one is his claim that every charismatic Christian leader he respects has previously said that Trump was going to win this past election. Well this presents a wee bit of a problem for Strang and his cohorts because if he accepts the clear fact that Joe Biden won, then all of the prophets and teachers he respects have now been outed as false, which of course they are. Strang however can never admit that. Even when Biden is sworn in, which is going to happen, just watch that Strang will pretend that everyone was still right, but the election was stolen. Right Steve. So, knowing that he cannot admit that his charismatic army are all false, he starts to dissemble right away. Now while it is true that the national media called the election for Biden he presents this in a vacuum, as if the news talking heads decided who won. They of course are REPORTING, what the data from the individual states says. I might add, they did likewise FOR Donald Trump in 2016 and I do not recall Strang suggesting that since it was just the media, Trump did not really win and there were real problems with the 2016 election unlike what we see today. Notice however the inherent dishonesty in the very question he asks himself facing the news of the Biden victory. How should Charisma cover the story. How? What about honestly, would that work Steve? No of course not because that leads back to admitting all of the leaders he respects as being worthy of being shunned by Christians everywhere as false. As the key verse teaches us we must then mark them as false and avoid them. Strang can't have that so he muses about how they should "cover" the story. What that means is how can he save face and still pretend that reality is not reality. So he calls other political oriented "Christian" leaders to see what God is saying. Wait a minute. Didn't He say it already? Didn't He tell all of your prophets that Trump would win? Regardless, the "panel" decides to latch onto the absurd conspiracy theories surrounding this election to erode our republic so they can act as of Joe Biden may not have won after all. This is so blatantly dishonest beloved. God is God. He knows all time. He sees all events. His permissive will allows all leaders to rise to power. So are you now telling us that He told all of your respected false prophets Trump would win but left out the part about voter fraud leading to a premature call for Joe Biden? Is God the author of confusion now? Would not the prophecies been so much stronger if they said, "Biden will be declared the winner but through prayer, God would set the record straight and Trump would ascend for his second term." Show me the person that prophesied that and maybe I can believe they "heard from God." None of them did so of course because they heard only from the wickedly deceitful hearts and certainly not God.

"Landry told me that God is "completely in control" and that God is going to "give Donald Trump this election." He prophesied in 2015 that Trump would be a two-term president and says that today he preached from Chronicles 20:20b, which says, "Believe in the Lord your God, and you will be supported. Believe His prophets, and you will succeed." "This is a word from the Lord for 2020," Landry says. "The Lord is saying that if you believe in the Word of God, you will be established. I've been operating as a prophet for 30 years, and I have never in my experience as a prophet seen every prophet I know and respect--and some I respect and don't know--all on the same sheet of music. They are all saying Donald Trump is going to serve two terms." - Stephen Strang

Of course God is in complete control! That is entirely the point! Strang and the dominionists believe God is not in control. That God cannot handle if Joe Biden is president. If God was going to give Donald Trump this election, why didn't He? Before you cry fraud, remember God would have seen that too. Is the fraud of man too much for God to handle? Even if He merely allowed it, why did He fail to tell every one of these respected charismatic leaders? Why did He make all of them false? Now, 2Chronicles was not written for the 2020 election but I think you can biblically argue that if we heed the words of true prophets of God then we will succeed. Why? Because they heard directly from God! The leaders Strang respects are not real prophets! That is God's entire point here that Strang's inherent dishonesty simply will not let him see. Strang is right that if you believe in the word of God you will be established. Let's start with what He has already written down for us in the bible before turning to these charlatans. Let's start with the fact that God has told us that prophets who speak falsely speak presumptively. Let's start that God has said that teachings contrary to the bible are divisive and we should mark those that cause these divisions and avoid them. Just think of this staggering statement Strang makes: