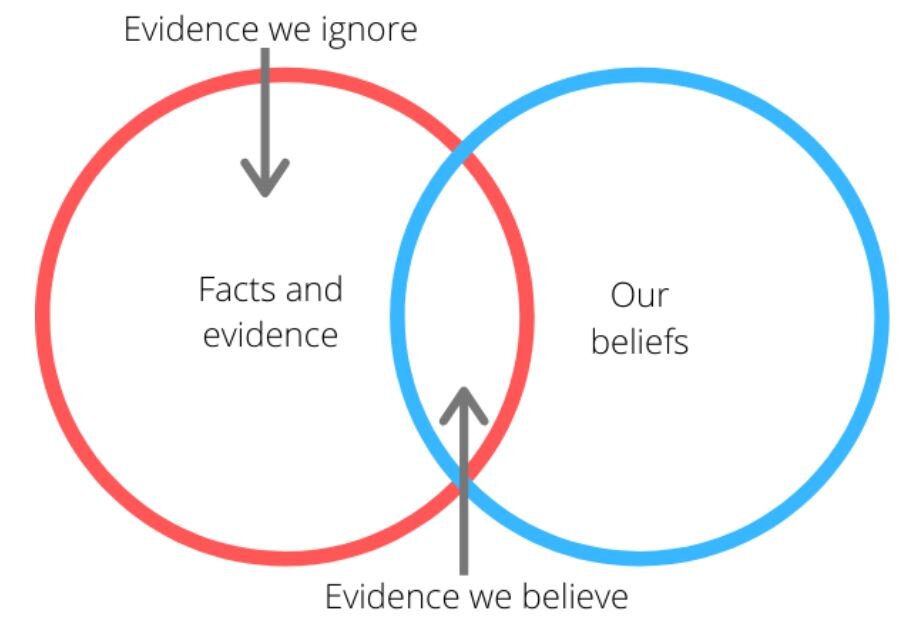 So I ask, did they stumble in order that they might fall? By no means! Rather, through their trespass salvation has come to the Gentiles, so as to make Israel jealous. - Romans 11;11 (ESV)

There is a line from a popular song that says, "how can you stand next to the truth and not see it?" Such is the case for the leaders in the apostate church. With each passing article on Charisma News one starts to wonder if the myopia of their false positions simply prevents them from seeing the truth, even when they are in possession of it. This seems never clearer than when they examine research regarding Christianity or the church. They strain themselves so hard to make the research fit their false narrative that they do not see what God might be trying to say directly to them. Such is the case with the article linked above from Charisma Copy Editor, James Lasher, examining a recent study conducted by Ligonier Ministries and Lifeway Research. Let us reason together again beloved.

"John 14:6 says, "I am the Way, the Truth and the Life. No one comes to the Father except through Me." Jesus rightfully claimed His place as Truth. His words are true, as are the words found within the Christian Bible. That is why it is so disturbing to view the results of 2022's 'State of Theology' survey. This research has been conducted every two years by Ligonier Ministries and Lifeway Research since 2014. The results, while disheartening for believing Christians who hold onto biblical truths, shine a light on the causation of American culture moving away from God. It is because self-proclaimed Christians are losing faith in His unerring Word. Below are several of the areas that caused concern among the survey researchers, as the results show a departure from Scripture:" - James Lasher

Let's start with the obvious. While well intentioned, Ligonier Ministries does not ascribe to correct theology as they are Calvinist to the core. Now it is true that Calvinists tend to have general theology pretty accurate but they are still centered on believing that God only saves some people, pre-destining them before the foundations of the earth and lo and behold, they are all on the list! Any faith that starts with you hitting the eternal lottery sure will have its attraction but we digress for the purposes of this devotional. They believe that the new research shows a departure from biblical truths for the church but incorrectly blame this on American culture moving away from God. This is the traditional dominionist position. That America is somehow to blame for the church going rogue. Nonsense! Since when is the church supposed to follow the whims of the unsaved? Is it possible for the unsaved culture to move "further away" from a God they already do not believe in? Of course not. They have it backwards as the church is supposed to be a shining city on a hill for the unsaved world. So, if the world drifts further from believing in God one needs to look no further than the church for leading them in that direction.

'"God learns and adapts to different circumstances." A disturbingly high 51% of adults and 48% of evangelicals agreed with this statement. The researchers of this survey expressed dismay in their discovery by explaining their position: "Despite the clear teaching of Scripture, this year's survey reveals that approximately half of evangelicals believe that God learns and adapts to various situations, meaning that they believe that God does change." Hebrews 13:8-9a addresses this error in belief directly when it states, "Jesus Christ is the same yesterday, and today, and forever. Do not be carried away with diverse and strange doctrines." It is a telling phrase that warns of "diverse doctrines." Many today are committing atrocities against children, spreading racial division and twisting the Word of God, all in the name of diversity.' - James Lasher

Where do we start? First of all, research is only as valuable as the questions being asked and the format of the answers. This question is poorly designed. We are taught that God can do anything so why couldn't He adapt or change something? I get the overall point about not changing but that can get lost in the weeds of what seems to be a misleading statement at best. We are also taught that God brought salvation to all of creation after His own people rejected it, no? Read the key verse for today for a reminder. Can't this be construed as God adapting? King Hezekiah prayed for an additional 15 years of life and God answered his prayer. Come to think of it, if "God never changing" means what these folks think it means exactly what would be the point of petitioning God in prayer? I think the proper interpretation of Hebrews is that who God is does not change. What His attributes never change. God is always love. God is always just. The notion however that He never changes His mind is not entirely supported so maybe a lot of people answered this item the best they could but I think it is unfair to indict everyone who did not reflect to Hebrews as somehow falling away from the word of God.

Credentialed Minister of the Gospel for the Assemblies of God. Owner and founder of 828 ministries. Vice President for Goodwill Industries. Always remember that in all things God works for the good of those who love Him and are called according to (more...)
Related Topic(s): Christianity; Truth, Add Tags
Add to My Group(s)
Go To Commenting
The views expressed herein are the sole responsibility of the author and do not necessarily reflect those of this website or its editors.