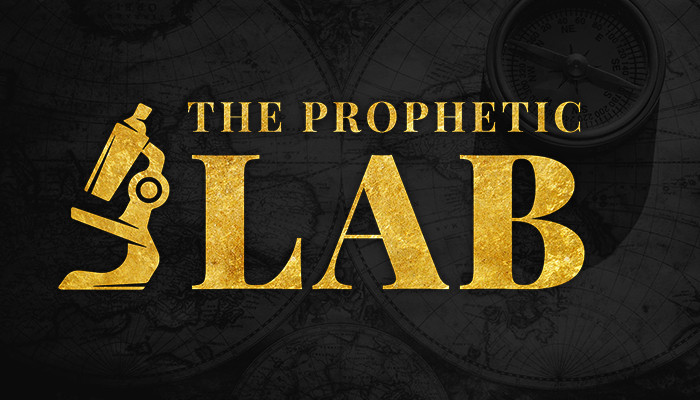 We have written extensively about the doctrinal cesspool known as Bethel Church in Redding California. Headed by one of the worst heretics on the planet, Bill Johnson, Bethel endorses and practices nearly all of the false theologies out there today. One of the worst areas of false teaching from Bethel is in the false signs and lying wonders. Bethel is in the business of mocking God regularly and in the area of the prophetic it is possibly most egregious. They are ground zero for the international, Charismaniacal false prophet network. Kris Vallotton and Shawn Bolz are the two lead false prophets for Bethel. As part of this network, Bethel routinely preaches that everyone can prophesy, which is biblically untrue if you just read the key verses today. The Holy Spirit decides to whom and when His gifts are distributed. Period. So what Bethel and the false prophet network champion is the sin of Lucifer, where they think they are God. Bethel actually operates what they call a school of the supernatural where they actually try to teach the gifts to people. Utter blasphemy considering the spirit actually decides.

Bethel is always pushing the envelope on this open mockery of God. They are always trying to find new ways to make money off of their prophetic grift. Their latest scam is linked above, which they call the Prophetic Lab. The slogan they have chosen is "Experimenting in the Prophetic." Really? Has this what speaking on behalf of God has been reduced to? I do not recall Jeremiah experimenting with what God has told him to relay to His people. The sheer arrogance of this reveals how little they believe their followers know of the bible. The "lab" appears to be a course lasting ten sessions, with ten participants, at $550 per person. So simple math shows that for each lab, they pull in $5500 in baseline fees. The first step in reviewing this website shows the new e-course offered is called, "Prophesying Your Year." Now, this is not a lab, as it is only 2.5 hours but it promises:

"You'll learn how to prophesy specific, accurate words, how to prophesy signs that testify to larger promises, and you'll receive a beautifully designed digital calendar in which you can put your prophetic words." - Prophetic Lab

What?? Does God factor into their prophecies at all? This is what I referred to earlier in that Bethel thinks they can teach the actual gifts to people. Is prophecy not a call of God? Don't the words originate from God? How can you promise and charge over $500 to people who you can't possibly know if God intends to speak to them at all?? The instructor for this course is listed as Lindsey Reiman, a Bethel false prophetess. Just a word about Reiman's testimony, which can be found on YouTube as she conveys her prophetic calling to Vallotton. She claims that in her second year at the supernatural false school, she was sitting in a woman's house in front of a painting of a large giraffe when the presence of God "rolled in" and asked her "what do you see." Reiman admits it was an internal voice and not audible. Reiman goes on to claim that as she tries to answer "giraffe" she instead has an out of body experience where she sees the Holy Spirit singing out of her mouth, Louis Armstrong's "What a Wonderful World." To this Vallotton chuckles that the Holy Spirit is the "ultimate body snatcher" because when you are entertaining blasphemy you do not want to be left out I guess. Anywho, Reiman then snaps out of the out of body experience in tears and not knowing what had just happened.

Still with me? So a couple of days later, Reiman claims to be in a class at Bethel, which is being taught by Vallotton when he says that God always trains His prophets by asking them, "What do you see." Later that day she now claims the Lord did speak to her to confirm that He was calling her to be a prophet, uh-huh. Now stay with me because it gets kookier from here. Reimer claims that she then had a couple of open visions of looking at trees before she learned in here dream interpretation class that trees signified kings. Somehow, this all points her to the Book of Daniel, not to read of course. So as she is mulling all of the mish mash for two weeks, God finally gets frustrated and asks her at a random red light what her middle name is. Turns out her middle name is Danielle. Oooh"spooky. Not convinced? Guess who else has Daniel as a middle name? that's right, Louis Armstrong! This story Reiman claims, is the calling that pushed her down the path she is now on.

(You can only use the social login buttons before entering a comment.)
2 people are discussing this page, with 3 comments